Yesterday was my last opertunity to go fishing for a fortnight, so i made good use of the afternoon and nipped of to the "mossy stone burn" for a few hours. I've fished this burn from a young age and it hasn't changed much in that time, whenever i visit here it feels like stepping back in time, back to being a boy again.

I have fond childhood memory's of catching minnows from this very pool which we called Contentibus, reason being that that was the name of an old farm in the area i think. 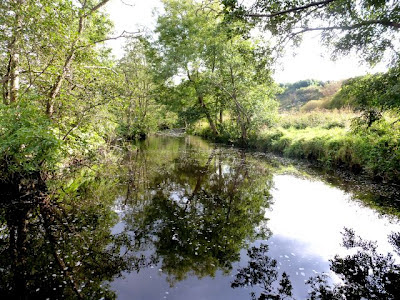 the trout havent changed either, each one of them a colourful little gem and a joy to catch 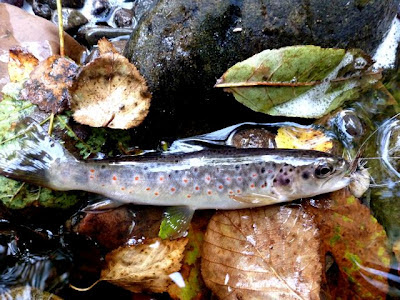 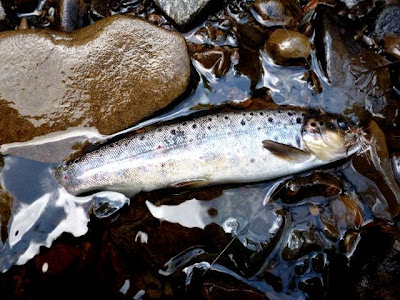 theres something man made about this waterfall, a sign of an industrial past? 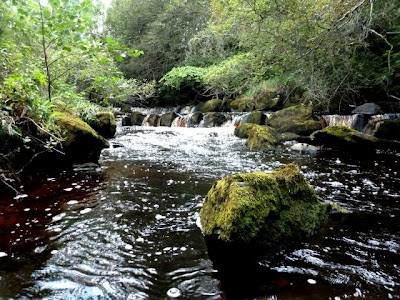 one on the klink 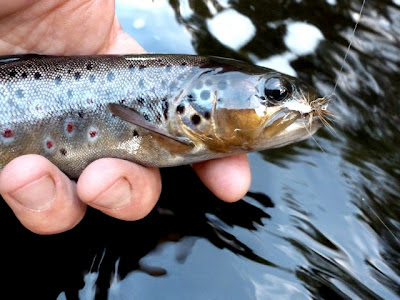 time was moving on but i kept on saying to myself, just one more pool! another hour of fun passed before i thought i better negotiate my way back downstream to the car. 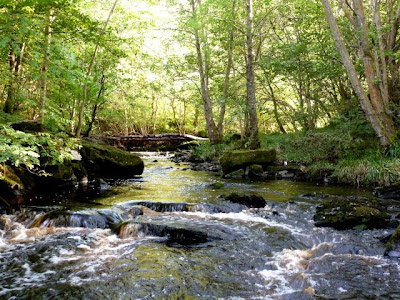 ideally i would like to get dropped off  and spend the day working my way upstream, then get picked up at the other end. No time for that now this season but something to look forward to next year.

Locally we have a fair number of burns each of them have there very own bit of character differant water quality and moods.

The first burn i hoped to fish today is a moody water, it is though more often or not very coloured  days where it is fishable are hard to time , i reckon it's just after a spate  as it's falling back to normal level it's at it's best but even then it can be a lottery. It does though have the novelty of a grayling population which is probably the main reason i fish it though i must admit the urge is weaning.I gave it a hour before deciding it was just too dirty, so headed 1/2 a mile along the road to fish a neighbouring burn.

This burn was running perfect.  With a slight peat stain. 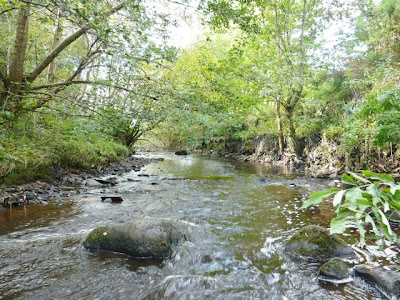 Mainly fished klinks and glister nymphs and there was plenty willing takers in brilliant techni-colour. 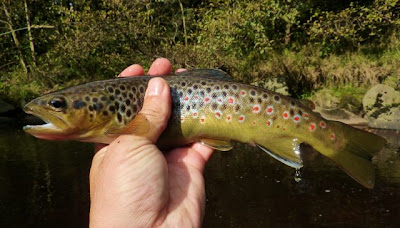 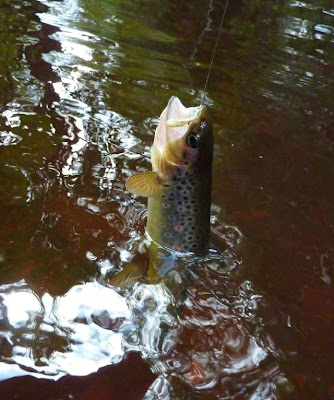 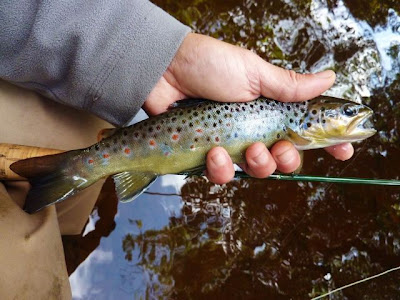 I headed further upstream as i did  the burn lost a few small tributaries and naturally the fishing got tighter, due to undergrowth and trees encroaching on the small pockets of water. Here the catapult cast was useful , and it really gave a great sense of satisfaction when all went to plan . Here the fish seemed to be that bit smaller though none the worse for it .


but here and there there was still the odd better fish lying in wait . 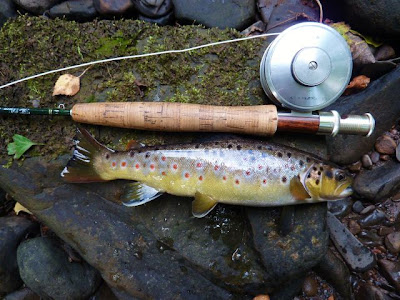 what a refreshing  way to spend a afternoon.