Last weekend me and Brian had a go at the wrasse grandslam down at the Mull of Galloway. On the way down we stopped of at Mcdonalds , and Stranraer sports shop for some rag worm, which was of great quality. 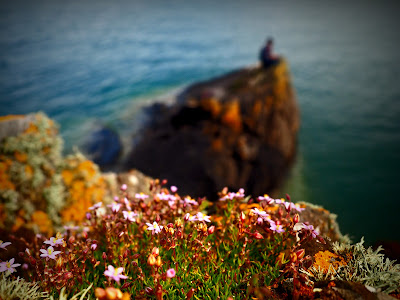 We headed for our suggested mark on the eastern side of the Mull as there was a stiff breeze with some strong gusts on the western side ,saw some folk fishing of the recommended spot so headed  to a vacant rocky outcrop . It looked great, we chucked out a bait on the big rods to see what we could get other than wrasse and fished in our hand couple of  and it didnt take long for the bites to start ,small ballans ,some tiny and the odd corkwing . 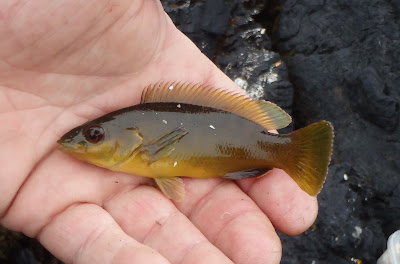 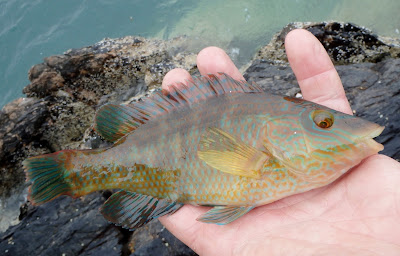 The odd "better" Ballan put in a appearance too. 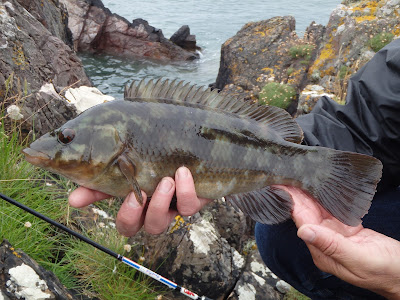 The nibbles kept coming , so i decide to scale down hook size etc, and with it the catch rate went through the roof, and the nibbling culprits were now being hooked .

they were rock cook wrasse and they seemed the dominant species on that particular reef. Another fish we landed was the common blenny. 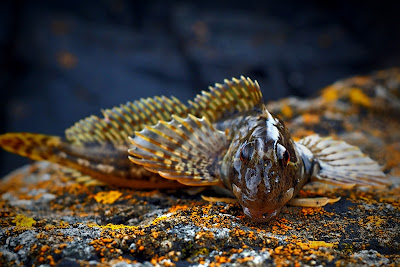 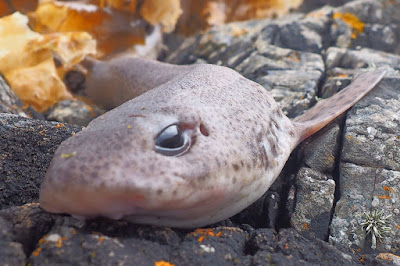 whilst fishing i noticed a pair of huge mullet on the top in a gulley, maybe target them in the future.

As the tide fell we had a wee move and had more of the same particularly roock cooks, and another one to mark of the card goldsinnys. 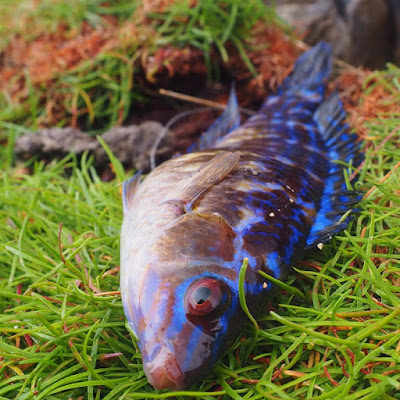 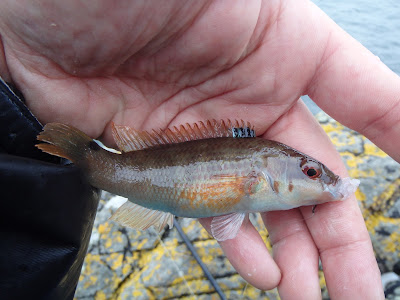 The goldsinny seemed to be out numbered by other wrasse species.but we also caught a few strangely marked brown ballans with a horizontal stripe.


That concluded our first day fishing we went to our digs and went out for something to eat and a few beers ,  the cuckoo wrasse had  eluded us on the first day , so the next day we planned to fish deeper water but with a strong westerly still blowing we looked for shelter , so we went to far from our mark we tried on day one , though the water was a bit deeper.
Initially we only caught small pollack, but just as we were about to move the wrasse started too bite. 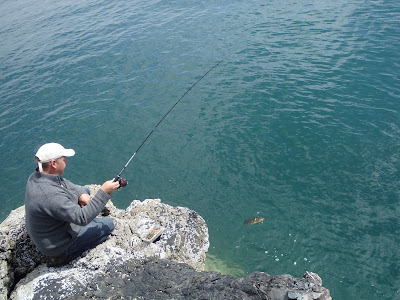 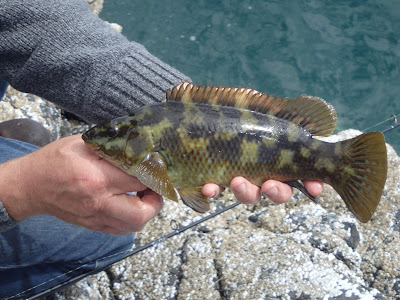 It proved to be a real corkwing stronghold too. 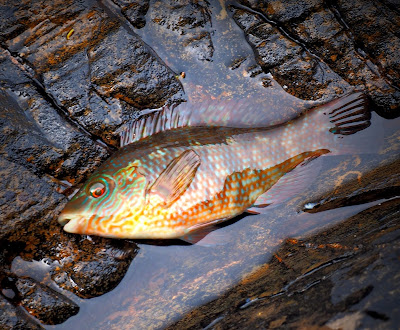 We got a bit fed up with corkwings so decided to spin some lures. as we noticed a few baitfish sporadically  being attacked so  brian retreived some gulp, whilst i tried a 8g savage gear psycho sprat . Brian had a few pollack , then i got a surpise which i thoughtmight be a gar but was a greater sandeel. 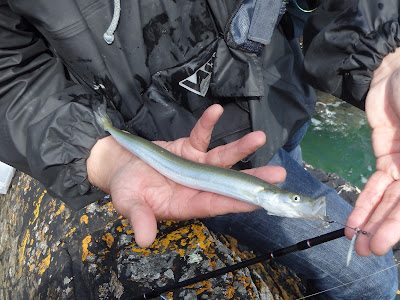 Brian also got his sandeel before we had to head back home.

It had been a great trip , no cuckoo wrasse but it really didnt matter and it still leaves a great excuse to return, we'll definitely be back. 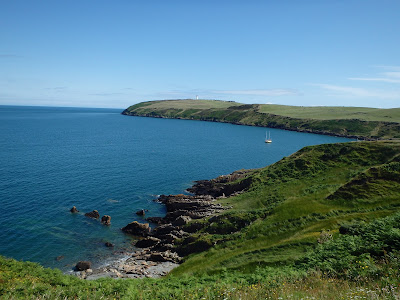