The weathers been a shocker this week . Really windy and wet, but mild with the southerlies. Tuesday offered a  tiny window the dog sacrificed his walk for a stand as he would chaperone  me up to the canal  . First thing was first though i had to tie up a flash fly , as my stash was looking a bit weathered.

That coupled with a few other flies and essentials i was ready , it was also a opportunity to try out my new telescopic  long-handled net which i bought for pollock fishing off the cliffs next summer but is equally useful for the canal withn its high banking and weedy fringes.

The flash fly worked it's magic first cast despite me thinking the canal might be on the dirty side. 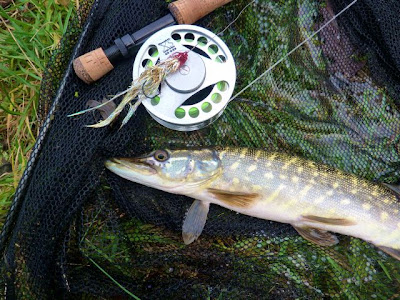 Five more fell for it's enticing charms and a few more lost before losing it up a  tree. 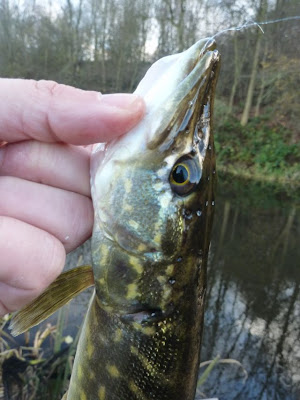 Decided to try a chartreuse hair extension baitfish, and it took a further brace again nothing big ,  if i had more time  might have explored further try and locate a bigger fish  but the days are so short just now.The net worked great although it is pretty heavy, not really a problem though as what i bought it for may see it get some abuse. 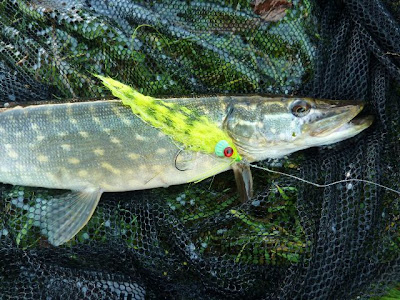 Tied up a couple more flash flies for a future opportunity . 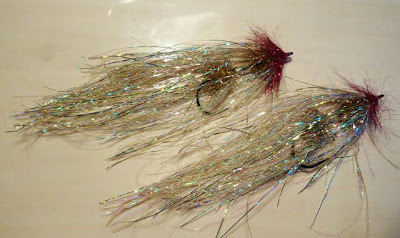