Call of the Coast


It's been a difficult  couple of weeks to get any type of fishing in, last weekend was off the back of a really wet spell which caused flooding in many areas, ended up at a tackle shop (angling active) , for a few fly tying purchases , mainly buck tails and a fly wallet , followed by a few fruitless half hearted casts on a muddy pond for pike.  This weekend we had grayling planned with conditions being frosty it seemed a good option , but then on Friday night it rained for 3 hours , looking at the conditions we decided for a change and go for the bass , sure enough going down towards our location the rivers were out of condition, but unfortunately a north wind also put those plans  to bed, we then tried the canal but it was frozen and as i type it's snowing , So no fishing of any sort to post about.

Ive been spending a wee bit time at the vice though, mainly tying up saltwater patterns for next year, it's the  form of fishing i really crave at the moment, my heads rarely been out of  Lefty Kreh's "Saltwater Fly patterns" book, dreaming of and planning future trips for next year, digging out the OS maps looking for rock marks etc , with possibilities of  bass , mackerel , pollack, coal fish, sea trout and maybe even flounder   on the cards. 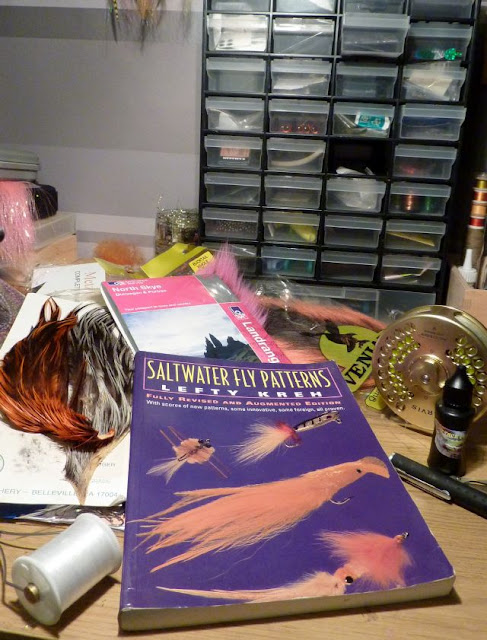 Ive also been doing a wee bit dying with certain patterns in mind and i think the efforts have been worthwhile despite dying my fingers every colour of the rainbow during the process.  First i halved a Metz silver badger cape dying one half hot orange. and also dyed a few grizzle hackles hot pink, chartreuse , and teal blue. these
were mainly for flanking  feathers for deceivers.

Ive stayed pretty much to the tried and  tested patterns , the Clousers , deceivers and half and halves in colours and sizes suited for species of baitfish (sprats , sand eels, launce) or preferred attractor colours of the quarry. Here's a few of my efforts. First up the deceivers.
I just had to include what looks to be almost considered the standard pattern of white over lay ed with chartreuse buck tail with it's red crystal flash beard , I've dressed it on a size 2. The other two pictured i had with loose sprat imitations in mind dressed on size 4 hooks in grey and white and aqua and white. I guess any colour which takes your fancy can be used or more importantly what catches the the fishes eye .


Next up are the clousers,there are  many ways to tie them up, with all materials under the hook, the tail or along  the shank, or perhaps the best known way with the white on top and contrasting colour on the bottom bearing in mind that clousers swim upside down.i guess they give them slightly different tapers . Traditionally buck tail was the material  used to tie these and i must admit i do think they look the part.


But theres no restrictions, and with the countless synthetic materials available to the saltwater/pike fly tyer today anything go's like frizz fibre, fish-hair, supreme hair , H2o's slinky fibre or flash n' slinky etc,  but here I've used kanekallon hair extensions (aka jumbo braid) which is much better value and IMO just as good as the above it also comes in a huge array of colours some more useful than others .I guess one advantage synthetics have over buck tail is they can be tied really long.

Other clousers that will be in my box next year will be flash based  clousers, i had a bit success earlier on in the year with a mixed blend of pearl gold and silver.To add to those i got hold of some micro tinsel from Castle feathers , they do quite a spectrum of colours in this material and I'll have to add to my colours i currently have shortly as i really like the look of it .


So that's the trusty clousers sorted for now anyway.

Another  lot I'm really quite excited about trying, are the half and halves, that's half deceiver half Clouser and is a genuine pattern from the inventors Lefty Kreh and Bob Clouser not some dodgy hybrid  concocted in my head . Ive tied mine slightly different from the examples in the book , but i think they shouldn't be any worse for that. 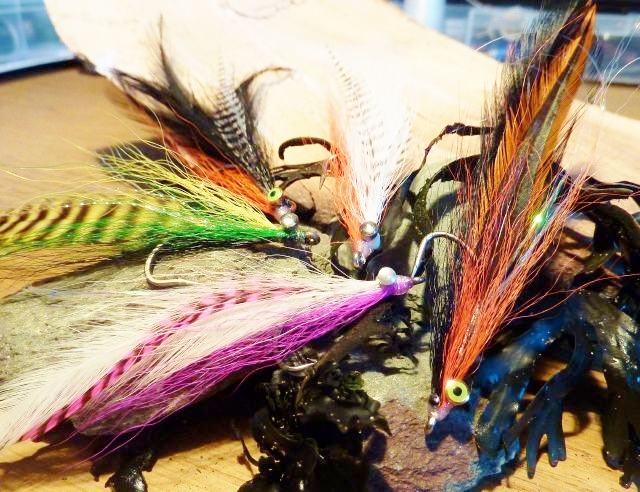 The orange and black ones are tied very much with Pollack in mind , as I'm told that combi as well as all-black is a good option.  The above are tied on sizes 1/0 and 2 . 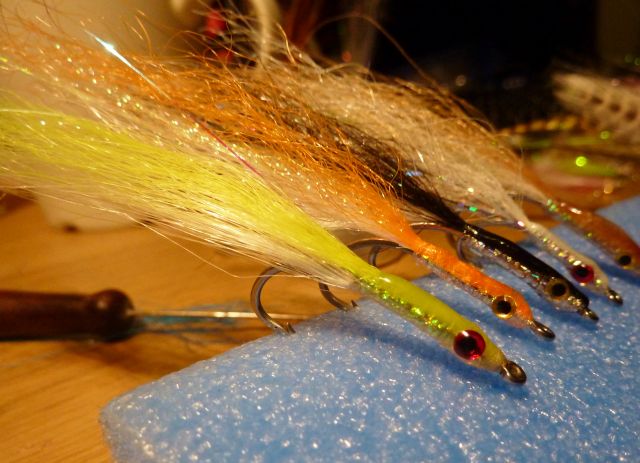 Last of all I've done a few gurglers, just in case theres some good surface blitzes to take advantage of. 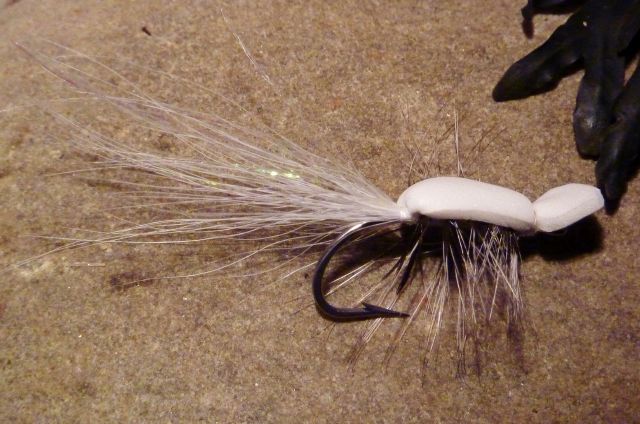 A bit of time on the vice at this time of year can be  time well spent, hopefully it'll pay dividends  come next summer. Just hope we get a break in the weather soon.