Back on the Neuk

We just can't get enough of the sea fishing just now, it's just so diverse, and enjoyable. an evening tide tonight, we went through the usual ritual  of digging  lugworm ,before heading over to our Fife rock mark, unlike the previous week there was a fair swell on the water, which made things difficult , but quickly Brian landed a wrasse, which took fairly close in. 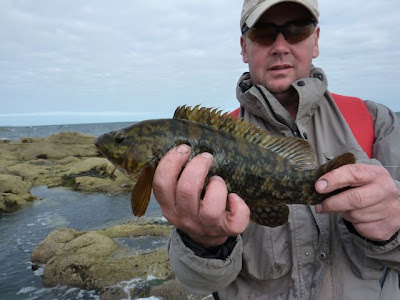 i then found myself connected to another colourful wrasse, which i landed . 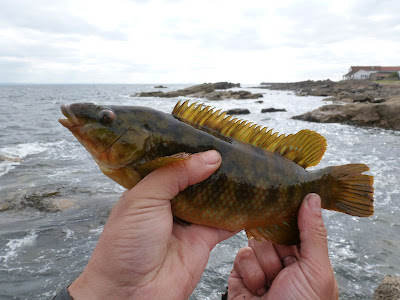 i then lost one, Brian caught a wee coalfish then also lost a ballan right at his feet.

We decided though that conditions were far from ideal to bin the float fishing , and  head to a peir further up the coast, unfortunately i'd only brought float gear but we managed to cobble together a setup of pulley rigs and 4oz  grippers to fish the reef edge of the harbour. We were joined by a gent with his grandson, turned out to be the infamous "Codhead Bob" a mine of info on the East Neuk  . Set up ,I took a wee wrasse. 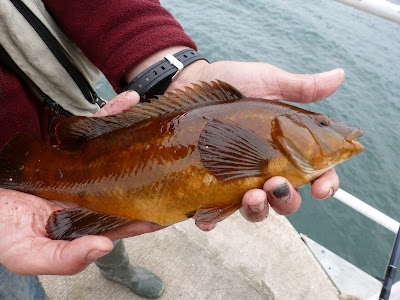 Then Brian had   a wee  red codling, the first we've had from Fife so far , but after talking to CHB i think it wont be the last we just have to time our visits accordingly. 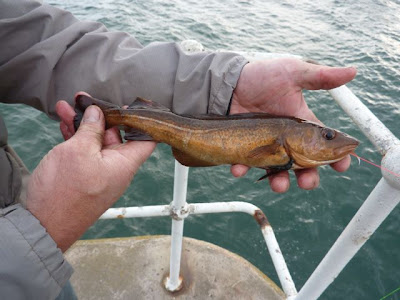 this was followed by another first a bearded rockling to boost the species list . 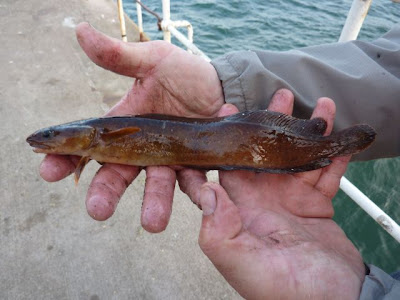 It was starting to look red hot with plenty knocks but , That was our lot for the night  as our bait supply ran dry. Can't wait for next time , need a visit to ebay for some more gear.
Posted by Col at 00:12 3 comments: