you cant always get what you want

It's been in my head this week to return to one of the rivers we fished earlier in the year on our "trailer trashing" weekend, it's probably the moodiest river i know but on it's day can fish superbly and show why it has a such a big reputation for quality trout. With the good days in mind Colin and i visited the river again today, hoping that some of it's bigger residents might put in an appearance if we were lucky. 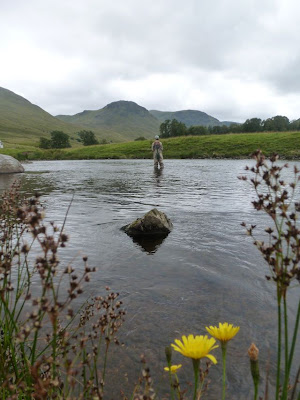 Col started of missing a fish of around a pound which was encouraging, but high hopes of a good day were short lived  as we fished through some inviting pools where we have encountered good trout on previous trips without so much as a sniff. We kept our chins up though and  col got the first fish, only a wee one mind but welome non the less on the klink. 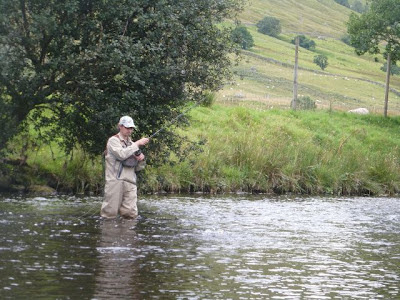 we picked up another two or three modest trout before the river changed character above the falls, lots of pocket water to fish where a big stimulator comes into its own 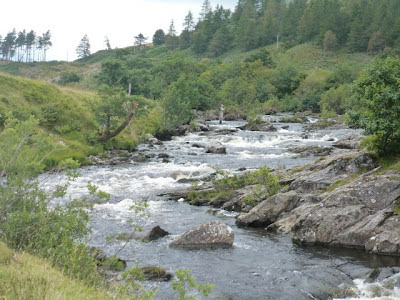 even then though  the pocket water wasn't fishing as good as we know it can and it didn't help missing most takes when they did happen! Col was really  unlucky with a long lean trout in the two to three pound bracket which came off at the death, surprisingly though it hadn't put up much of a fight, perhaps an old fish going back in condition, who knows.  I lost a  nice trout of around a pound when it cleared the water in a bid for freedom, and in the last run i fished a big fish took the stimulator, showing its flank on the take, i'm 99% sure it was a Salmon/grilse which had been in a wee while, there were quite a few showing here and there especialy above the falls, anyway after holding on for 30 seconds or so with the fish holding static in the current the hook sprung back,  if it had been a trout i would have been gutted! a long walk back to the car to end a tiring day with little reward but what a location to spend the day!  looking forward to another visit next season. It's a river where the conditions have to be just right for success but then thats what makes it so special when it does go to plan .