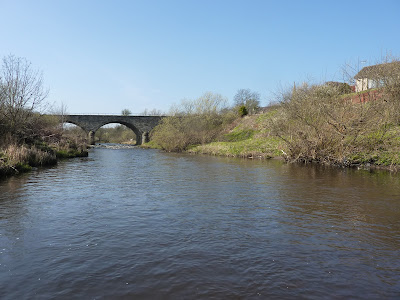 Today i planned to go to Brian's  local , as it can be great early season.  The wind was right ,a light easterly but unfortunately it was to be a bright cloudless day, normally it wouldn't bother me , but i knew it can be the kiss of death on this river.

I got down early, partly to pick up Brian's old camera , which he kindly lent to me after my mishap yesterday. I then went down to see if the hatch had materialised, form the word go olives and even a few brook duns were coming off, but not a riser to be seen , i waited, perhaps they've just started i thought? Then they were coming down in 3's and 4's i decided time to get fishing , looks like it's going to be the way of it today, no rise!

So i started off with a NZ style a gold head brown wire nymph and a size 12 brown biot klink  on the dropper. And i fluked a trout on the nymph from a shallow run. 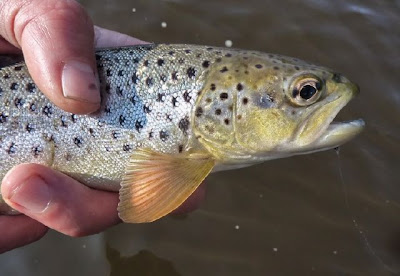 Next pool i fished a bubble line and i rose a fish , and in surprise i hooked it , he'd taken the klink.
That kind of unlocked the technique for the day, as in the next pool again i took a few more on the klink doing away with the nymph, only to add it again in runs. Strangely despite ignoring the naturals they were quite keen to grab my klink. 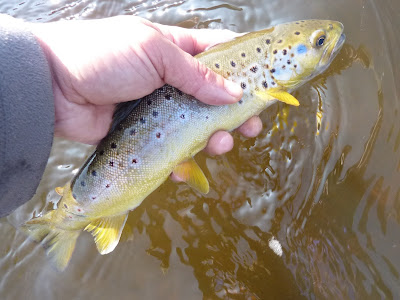 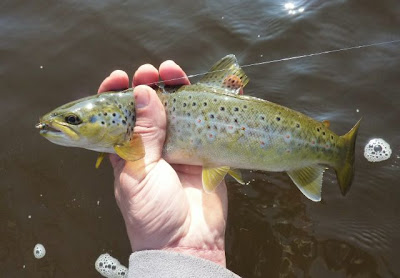 I did eventually find rising trout in a bankside tail of a pool in the shade. both took the dry. It's not the usual way i would fish this at this time of year  usually I'd only fish for risers , but today i had no choice, either that or i might not have wetted a line at all.
I'm looking forward to getting back on this river with some cloud cover! Looks like ive got some fly tying to do a couple of klinks mashed . 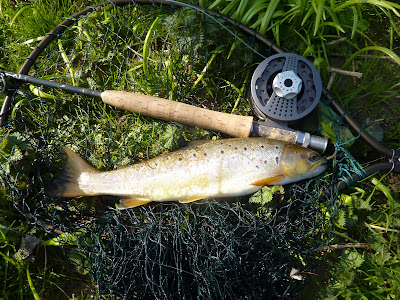 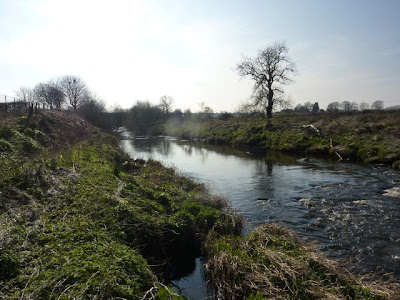