January and February have been really difficult to get out and do any sort of angling at all in my neighbourhood. A contrast of high winds and and ill timed downpours have seen to that. Even this weekends plans took a detour at the last minute. Brian and I were prepared to go and have a shot at the bass , when a northerly westerly showed up on the forecast . A wee look at  comfortable areas to fish took us too a Fife beach, the first time we have given it a shot called Ravenscraig beach. 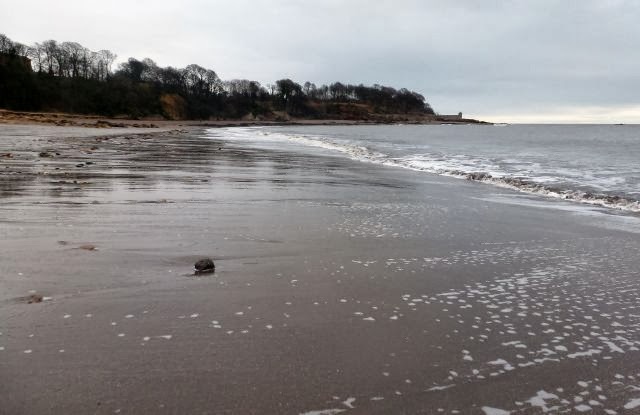 I was pleasantly surprised that it was a charming  wee spot,  that gave us shelter with its distinctive  crags and ruins an at our backs with a steady off shore breeze. the day its self was pleasant with no rain  it felt almost spring like and that sparked up conversation of the coming season , trout , pike and SWFF,  float-tubing  amongst other species and methods , really looking forward for all that kicking off. 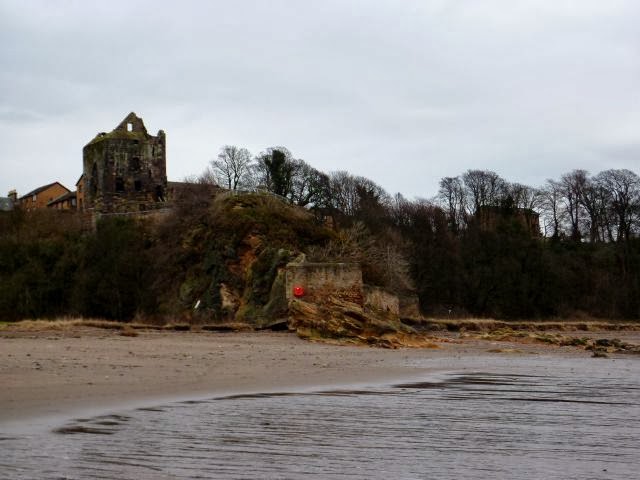 The flounder fishing for the time of year wasn't too bad either , between us we managed perhaps 10 to a dozen small flounder between us  ,  but like other beaches we have sampled on the Fife coast it went off on the last couple of hours approaching high tide. Still it was really nice to get out  with the rods and a bonus to  catch our first flounders of 2014. 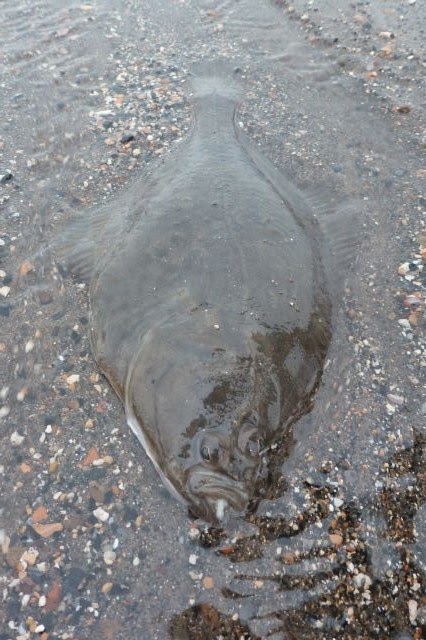 With the trout season now fast approaching I've been quietly going about  a bit preparation , a few new purchases such as a new   fly line ,a new pair of forceps , and I've had a few small sessions on the vice producing the usual klinks, shucked cdc's , dirty Pollies , wire nymphs the odd spider etc.

Lots more to do but still another 4 weeks to go, roll on the brownies!
Posted by Col at 22:09 6 comments: