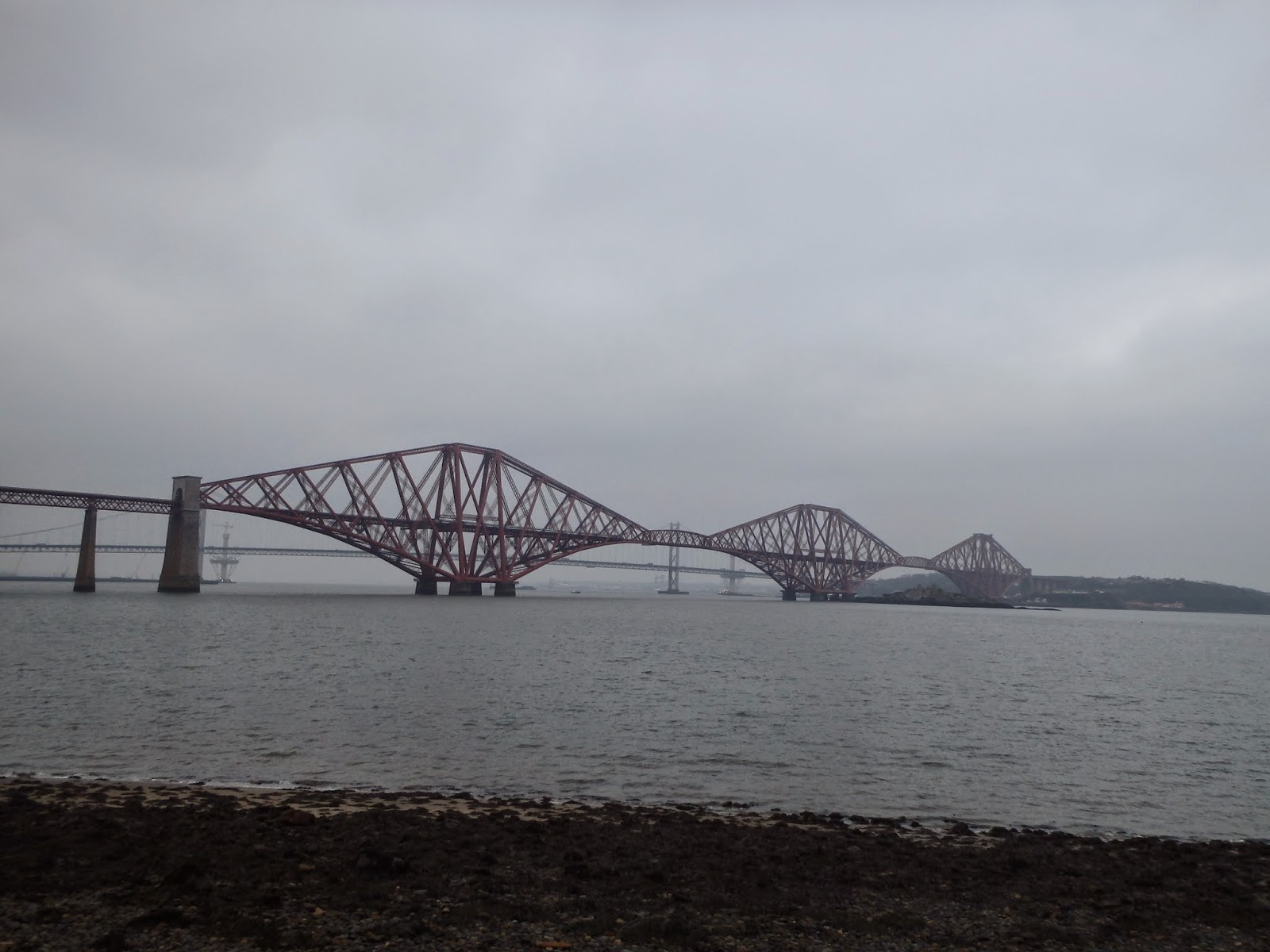 Ive been off this week and fancied a shot at the flatties .I was speaking to Brian on our last grayling outing about a flounder venue and I decided to give that area on the river Forth estuary a try.  The weather was overcast but fine the walk out to the mark took about 10 minutes but when i got there i liked what i saw, and whats more it was a nice clean mark with loads of features . 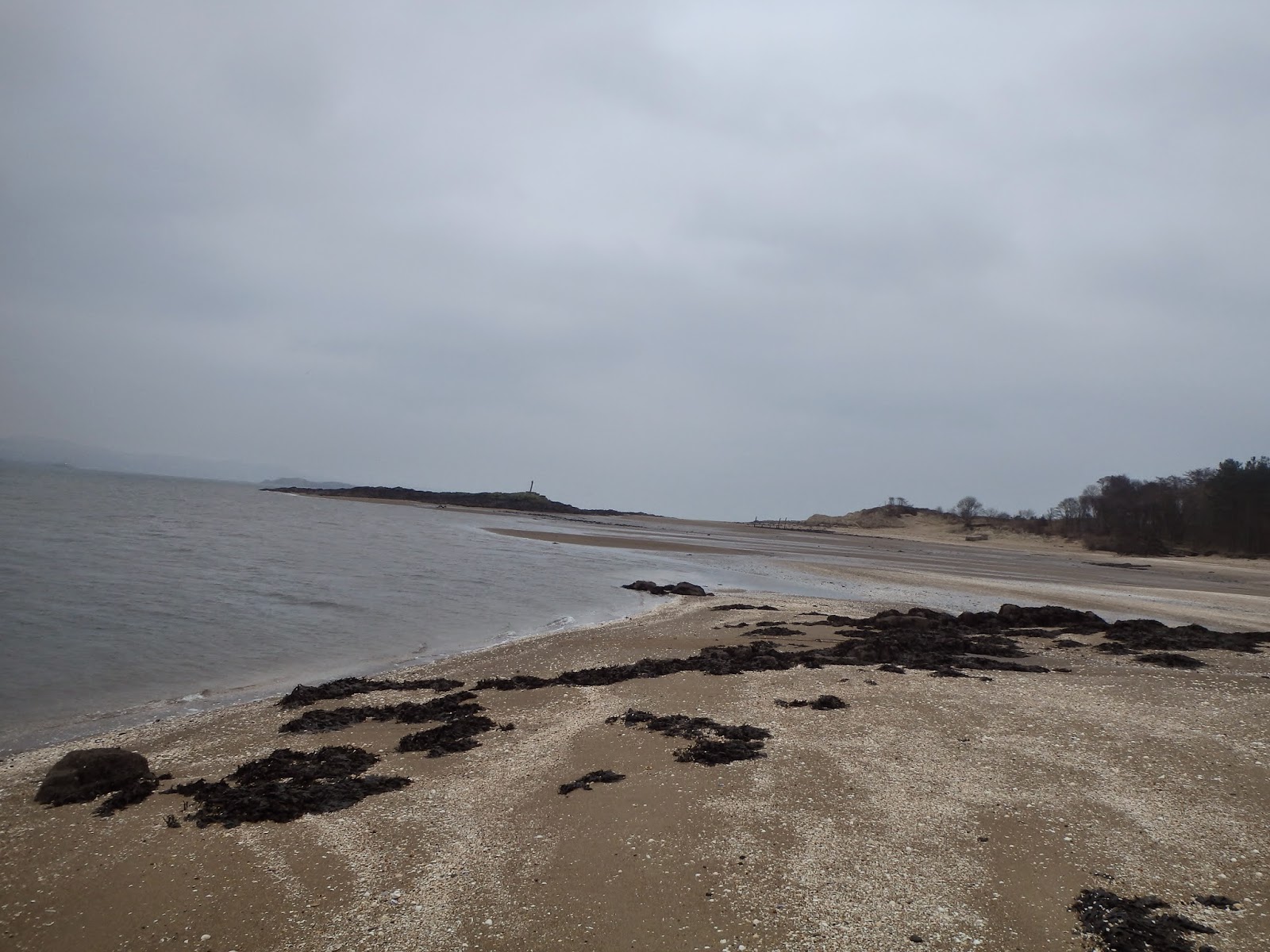 It didnt take long for my first flounder to register a bite. 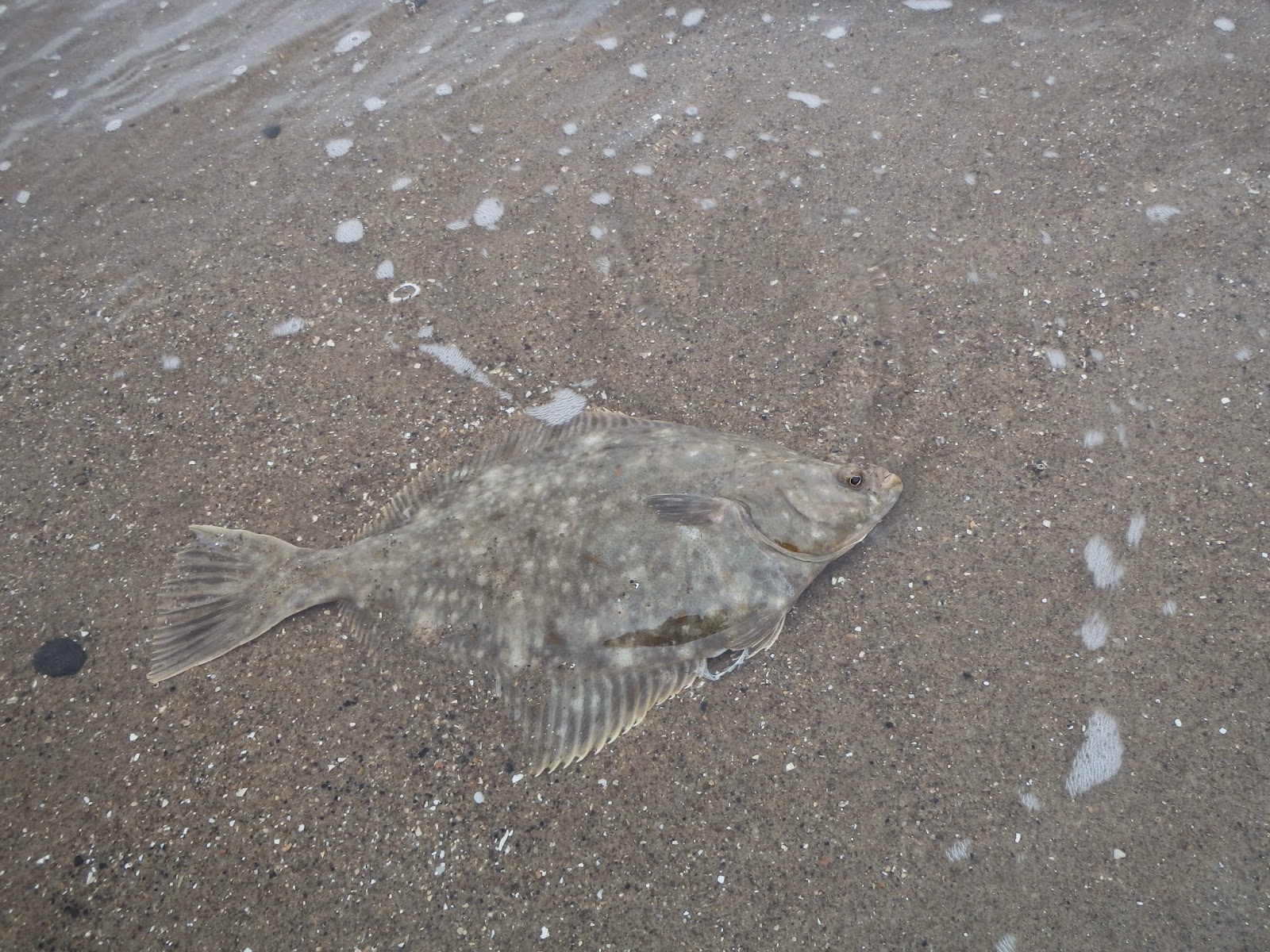 Shortly after i took another, chunky flounder, then it went off  , until the last few hours of the tide , where they really switched on. 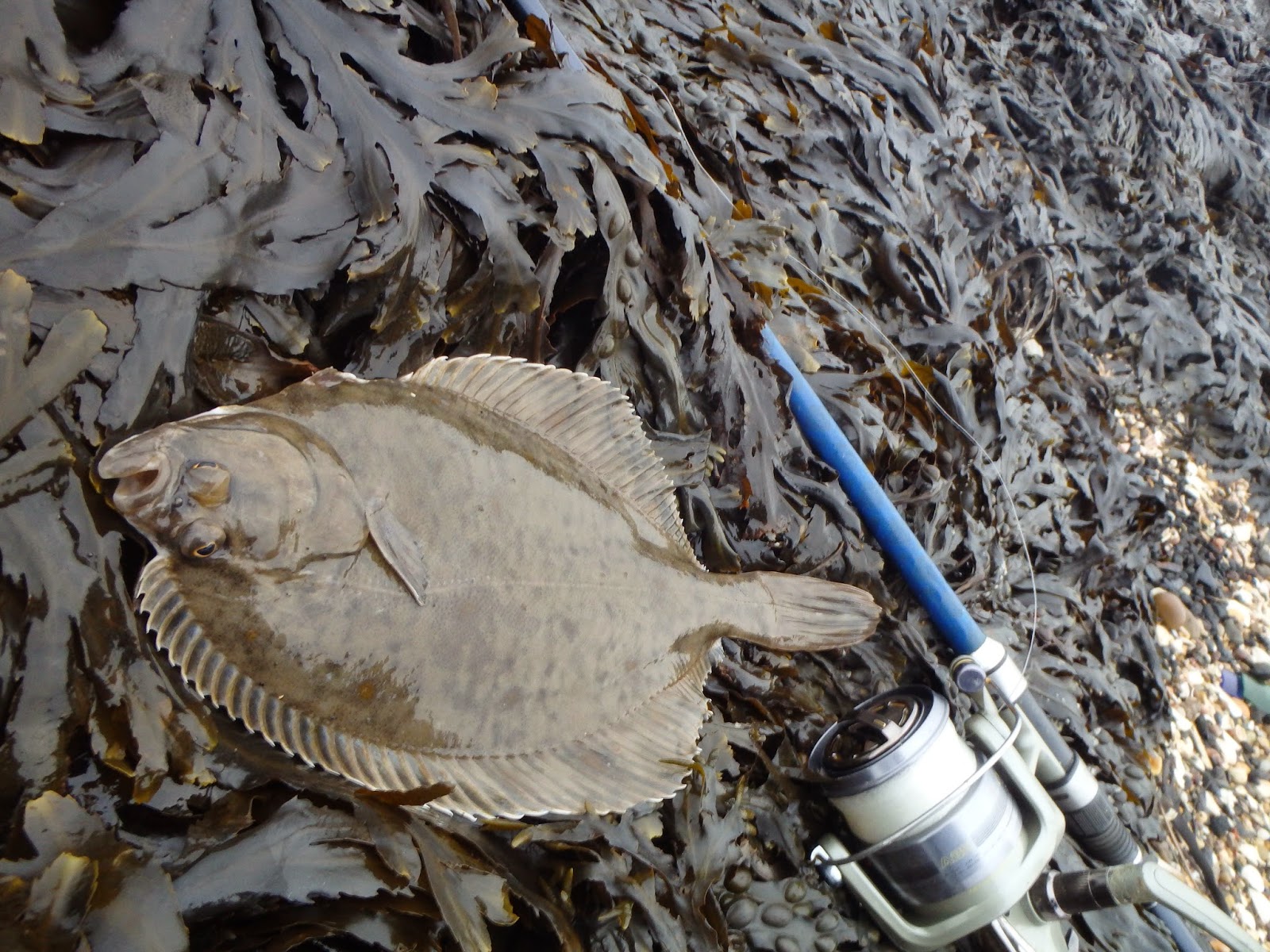 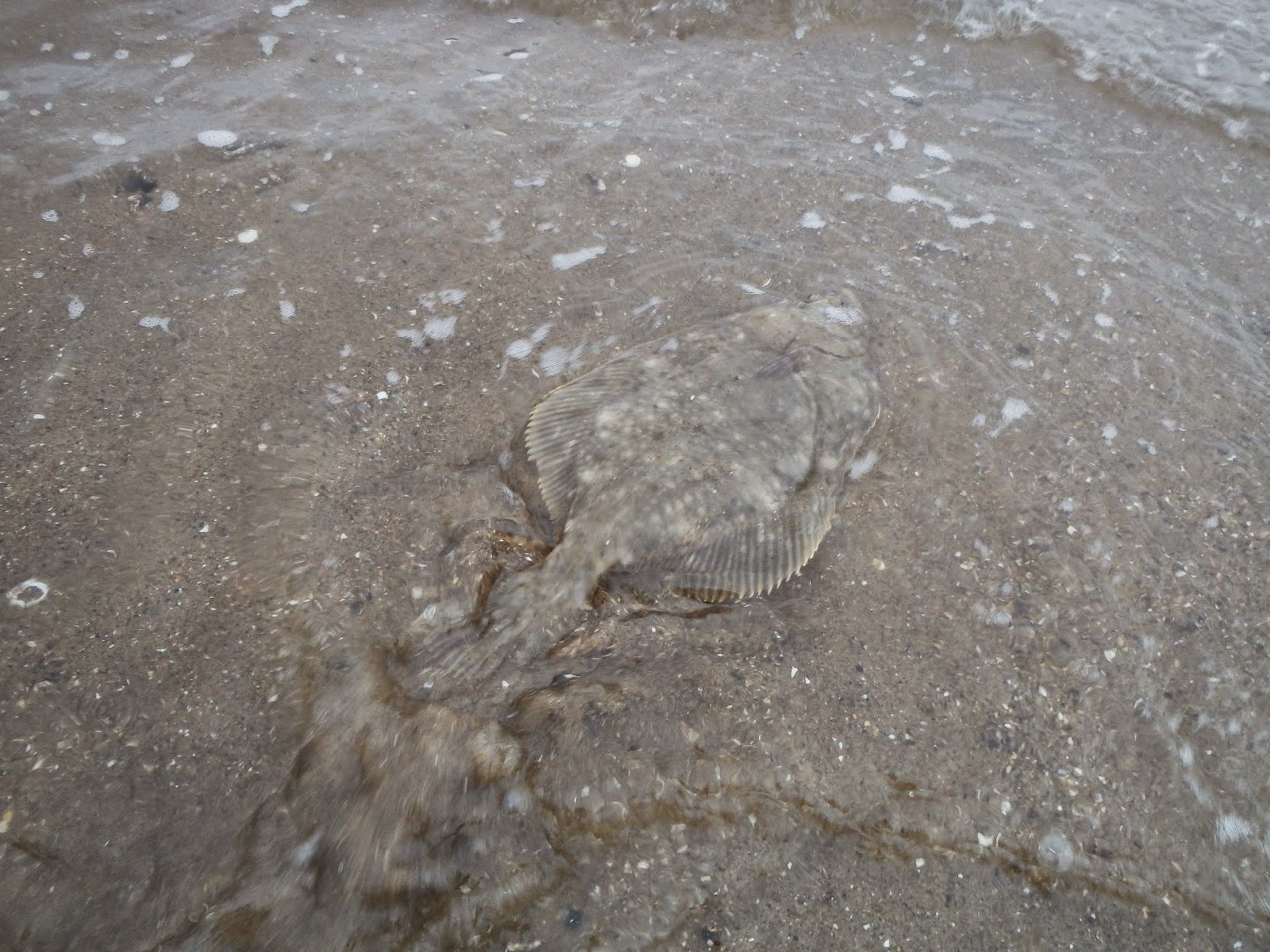 A trio of sea trout too intercepted the bait. Although i was trying to avoid them. 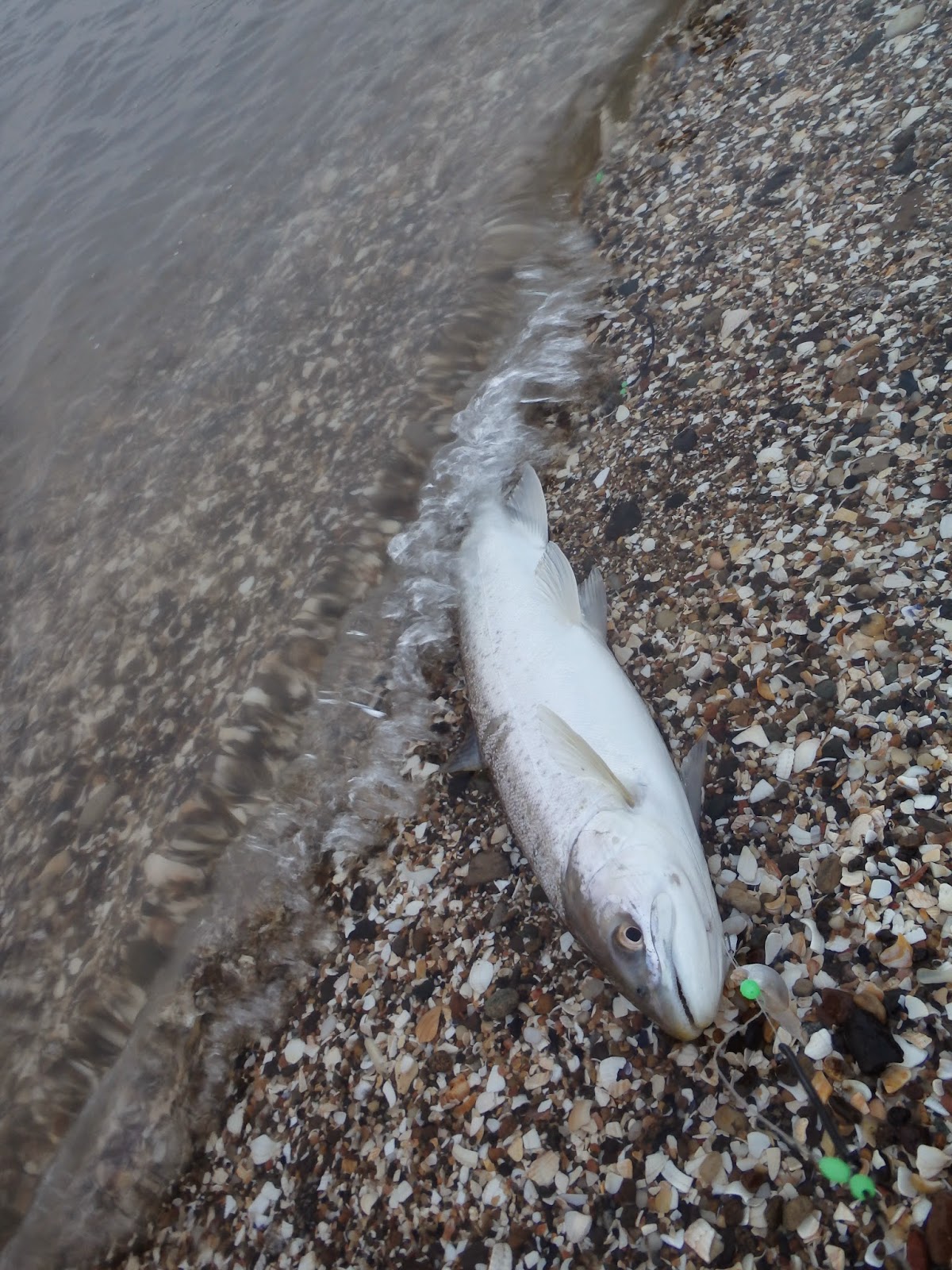 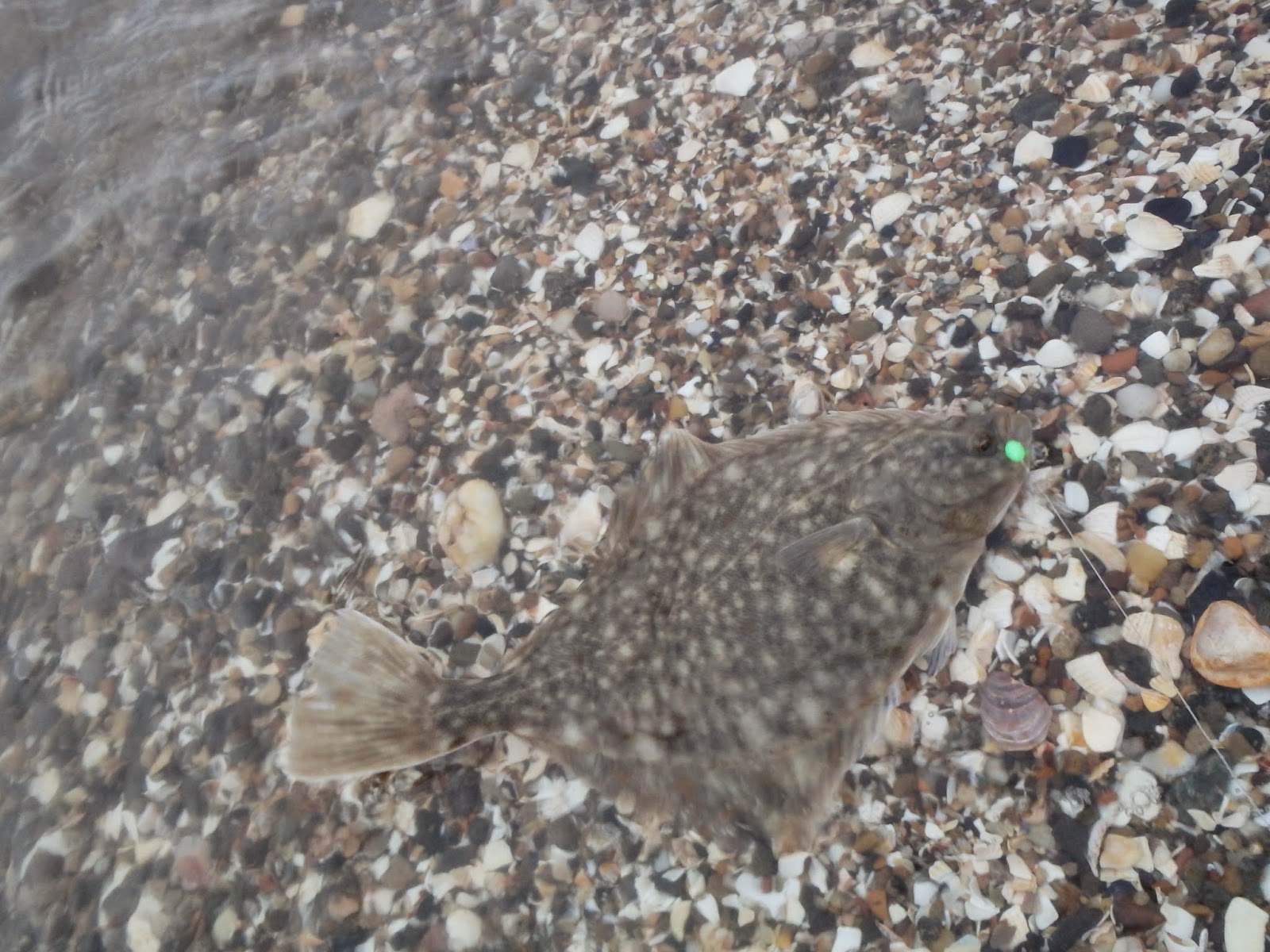 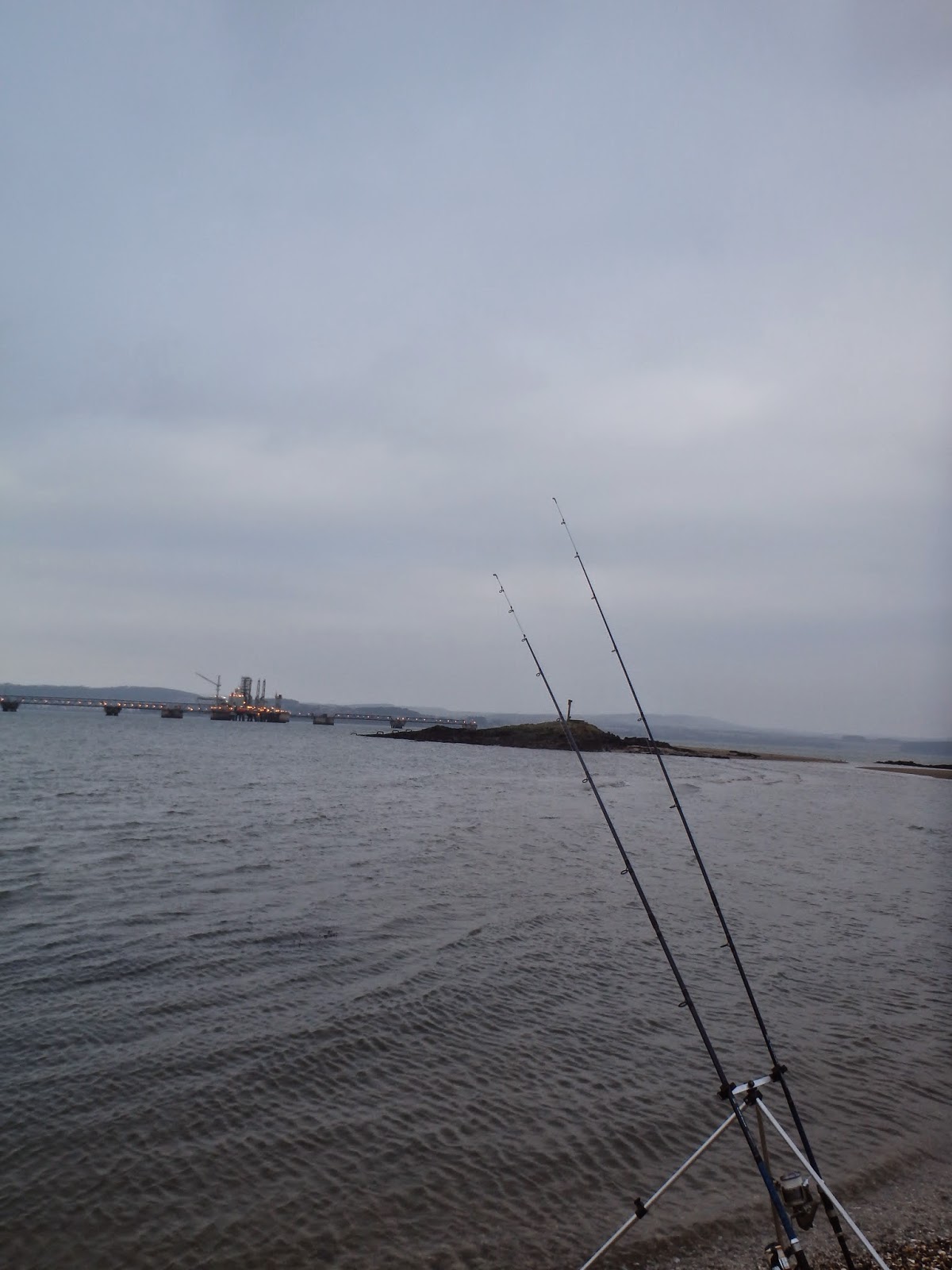 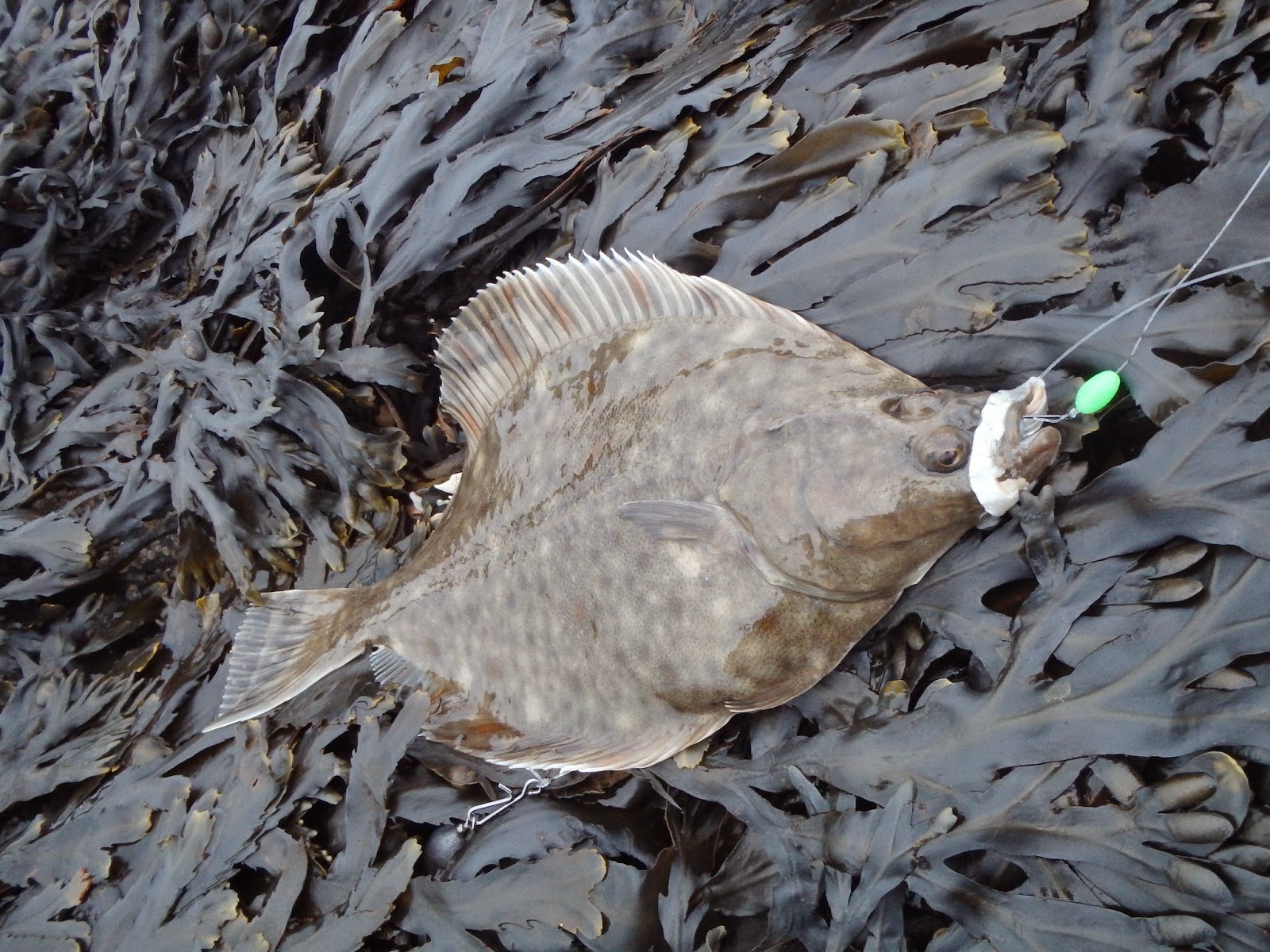 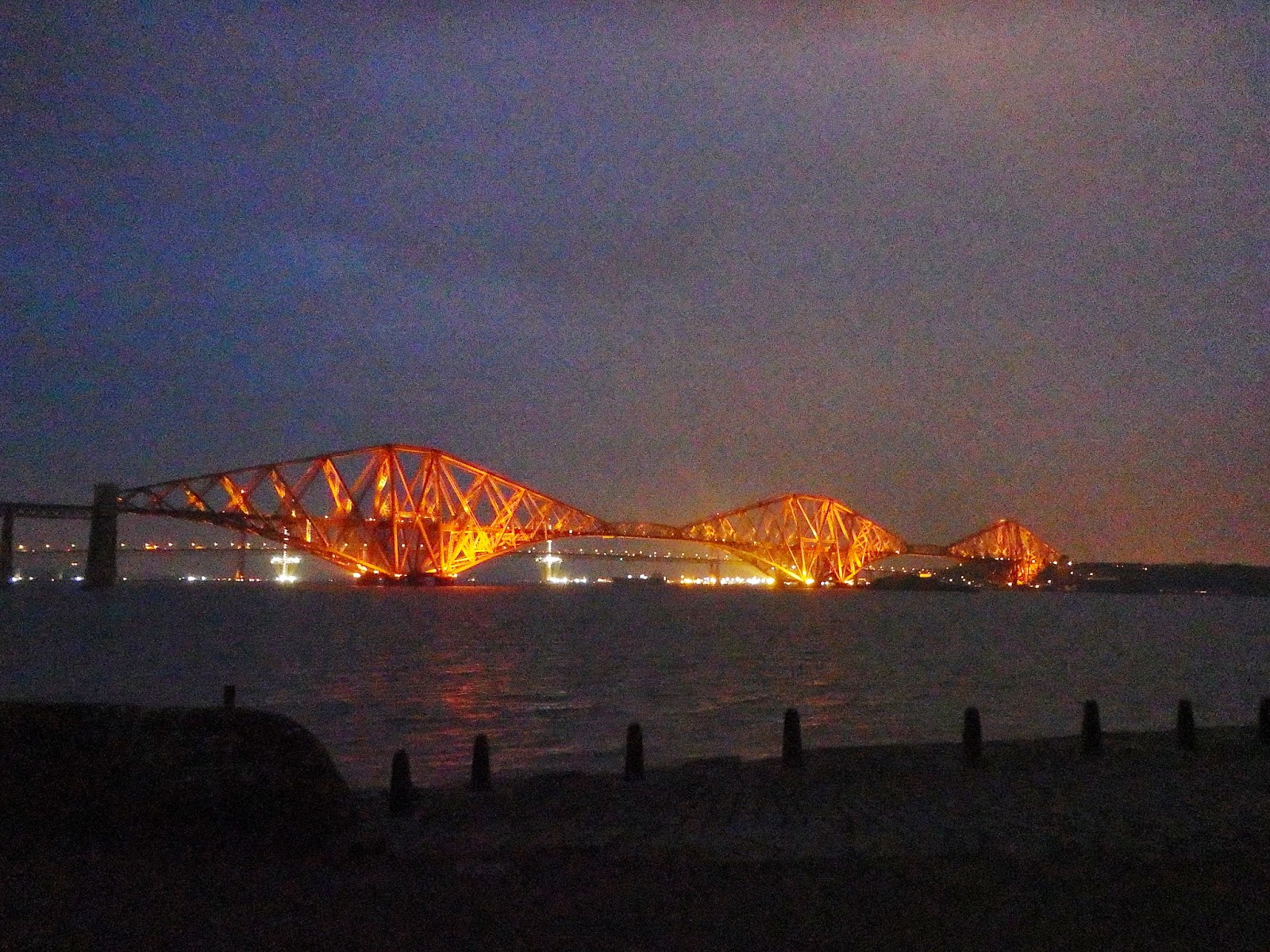 A great venue for a spot of flounder fishing , looking forward to another visit sometime.

2015 starts with a Grayling

On Saturday i had my first trip out of this New year. We went to the spot Brian had been doing so well in over the previous few weeks. Before we even took the rods from the car we fist stopped of at the  service station for a full English and a latte. Set up for the day we walked downstream a wee distance, it was a misty start , very cold with still plenty snow on the ground. 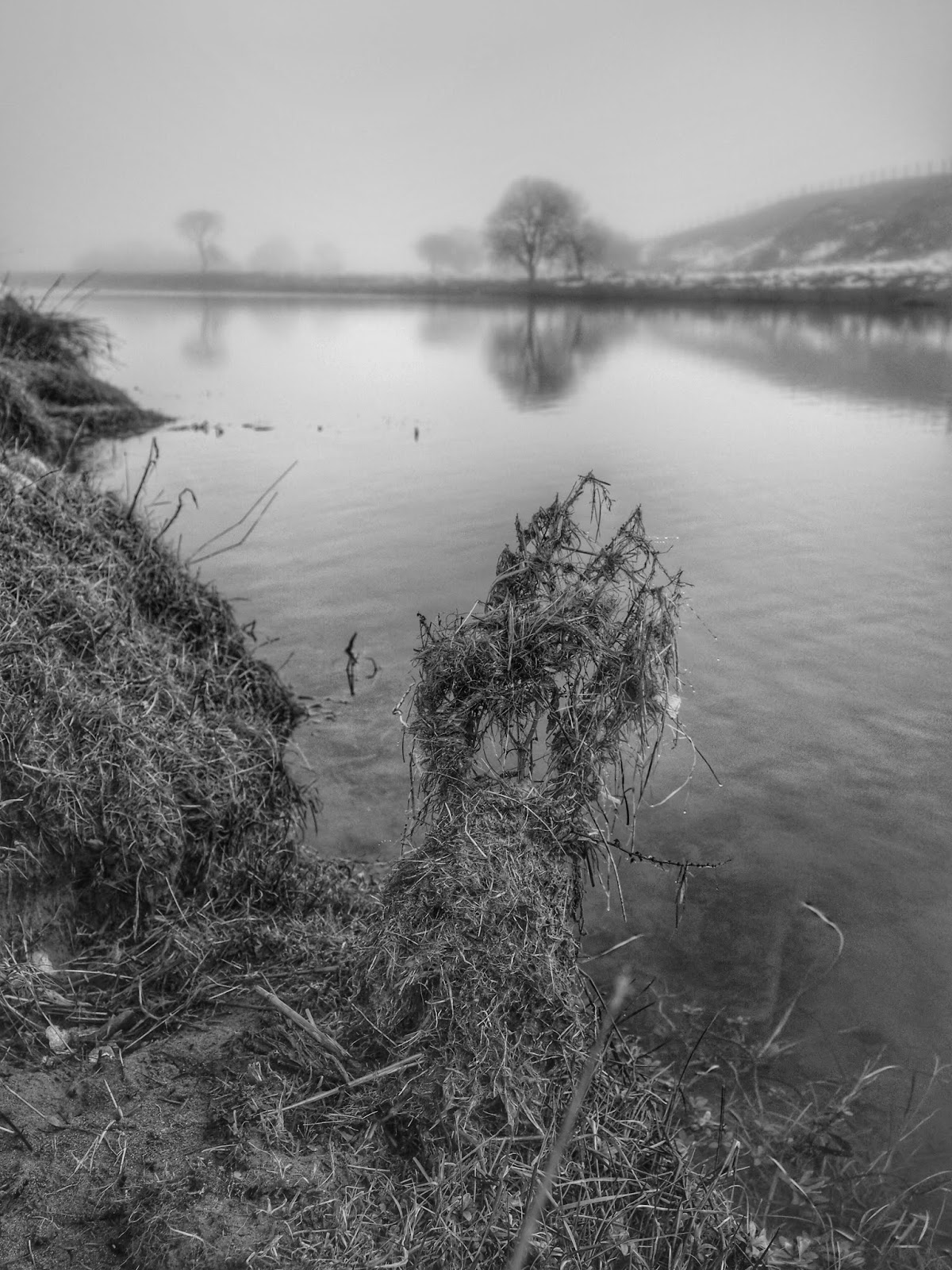 Once we were trotting things started pretty slow then Brian lost a fish, after that he decided to try downstream and as he went i hooked up , the fish fought really well ,but eventually i managed to slip him in the net. 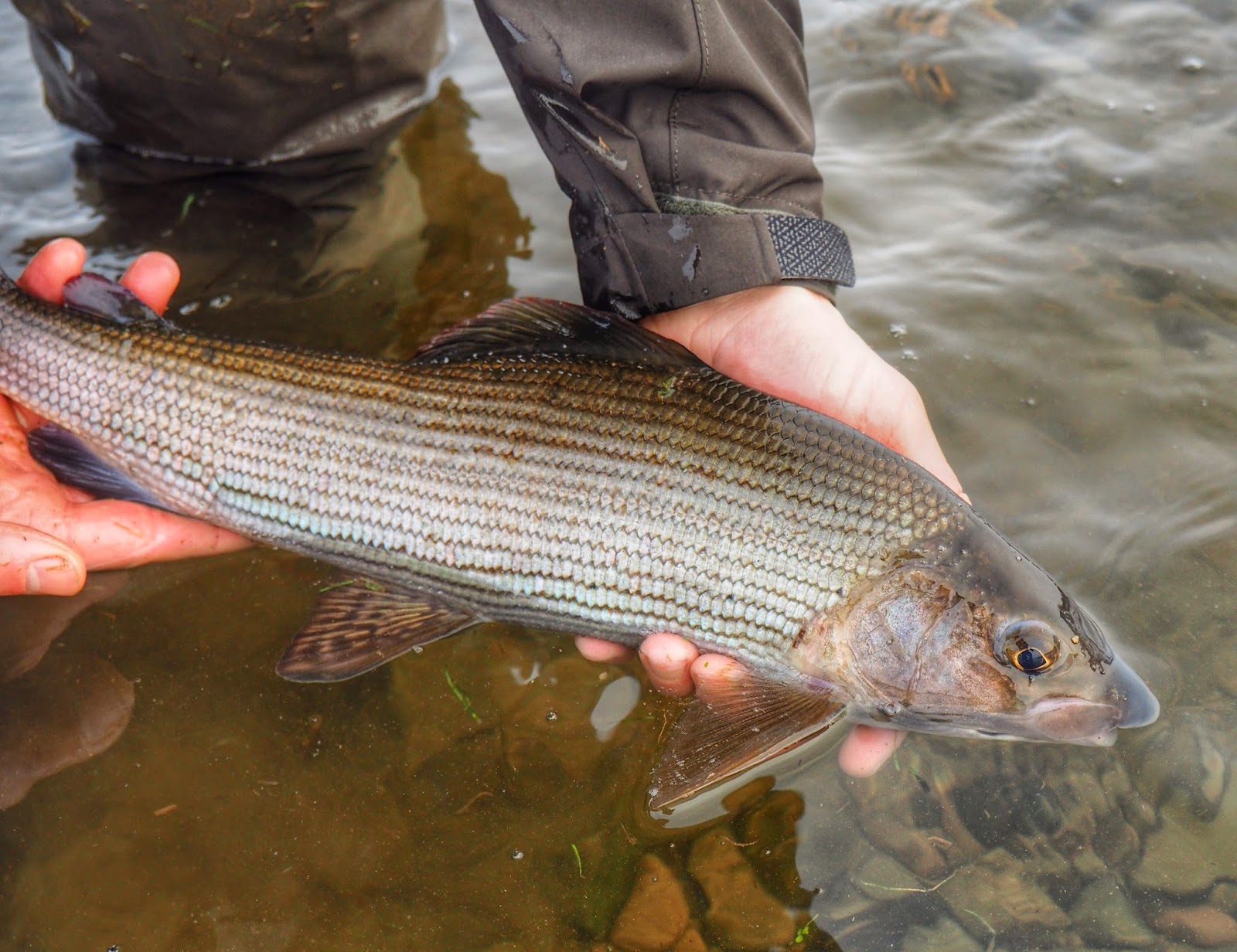 Eventually the sun managed to cut through the mist , and Brians pool came to life , with him losing one at the net , pricking another and then landing one. 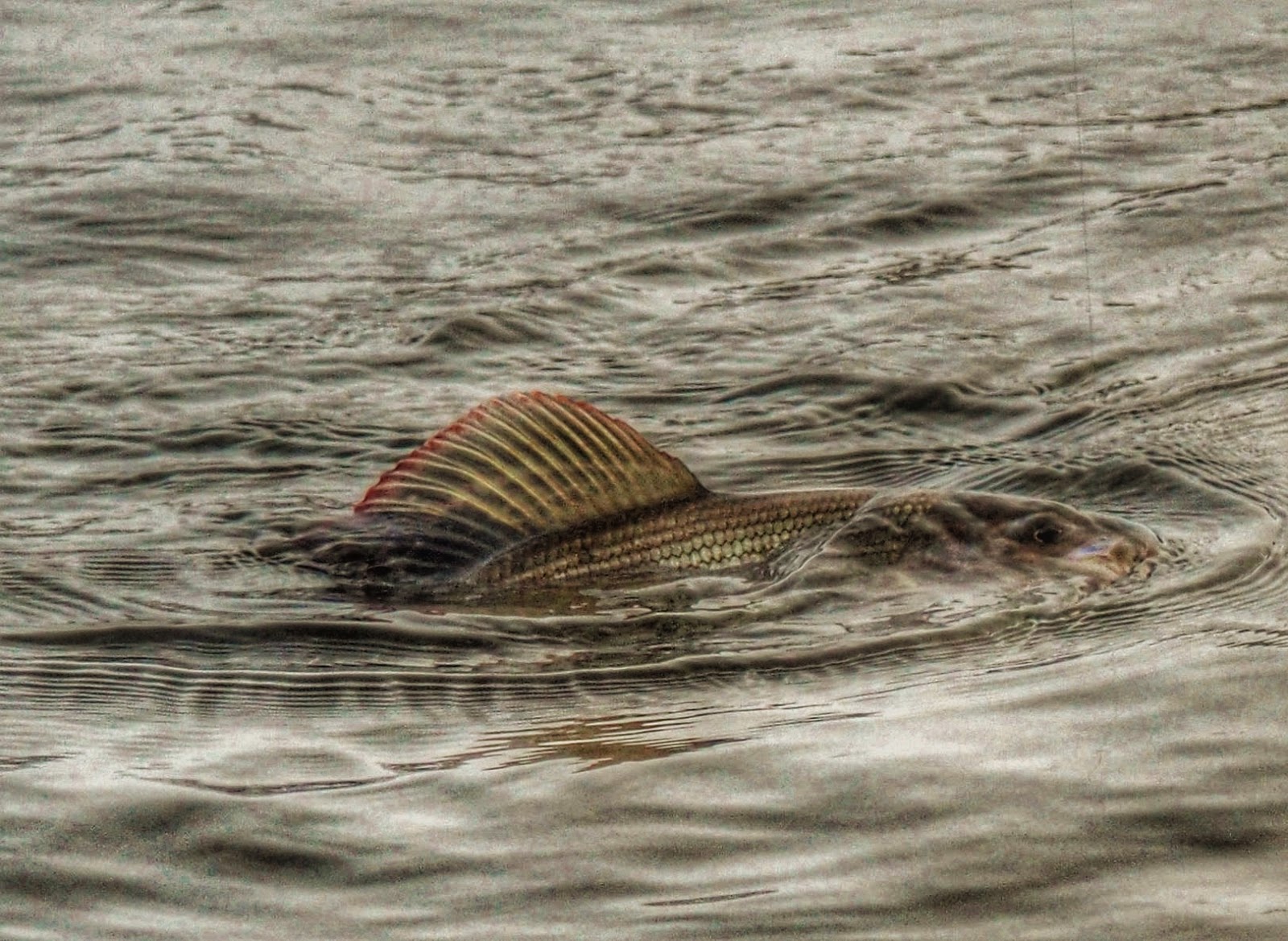 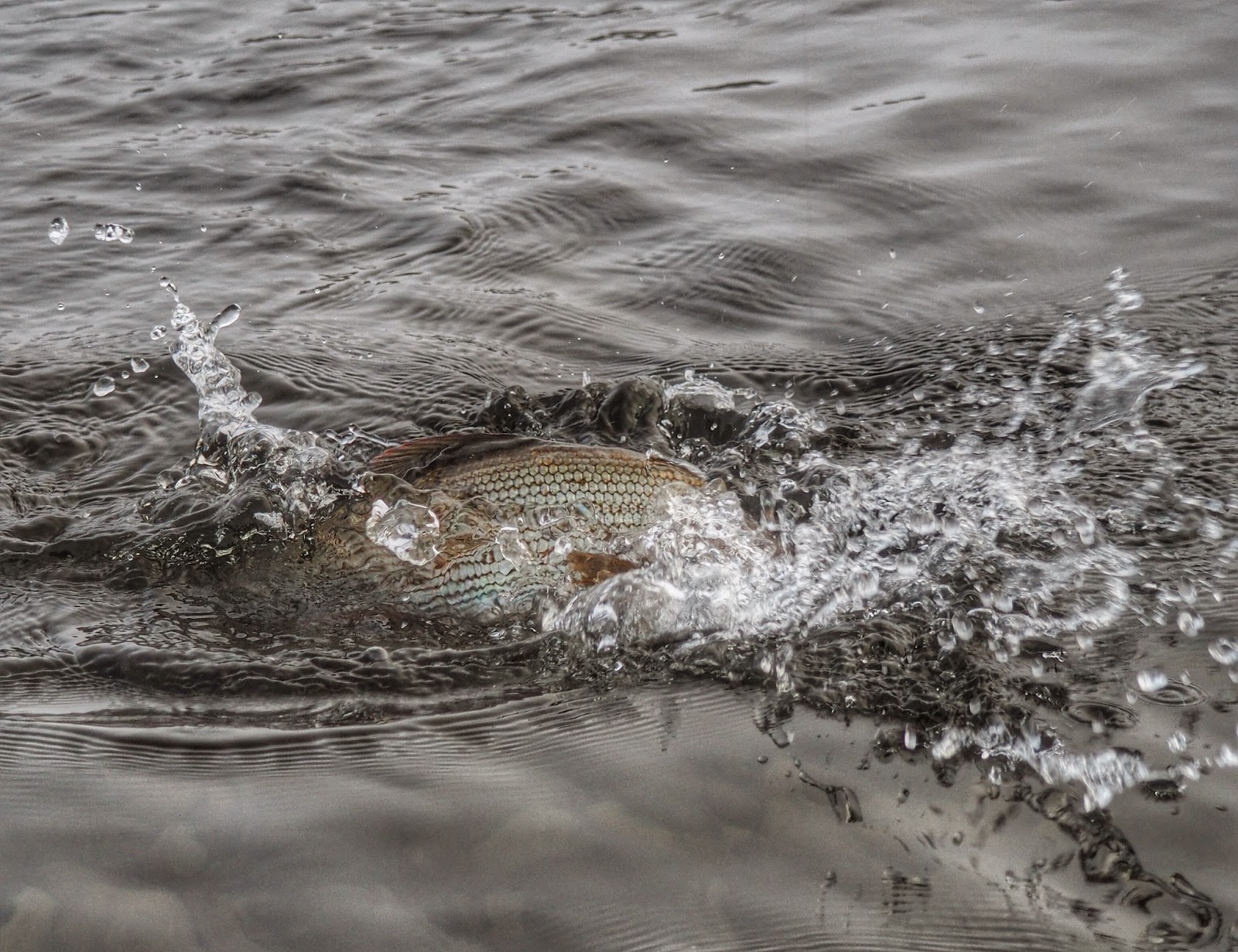 sadly the was the last action of the day , but it was nice just to get out fishing again  .
Posted by Col at 10:57 2 comments:

The little snow that fell here last week has all but disappeared but driving down to the river yesterday there was increasing amounts of the white stuff still lying about, a good few inches by the time i arrived at the river. Still it was a fine sunny day with the river running clear and at a nice height. 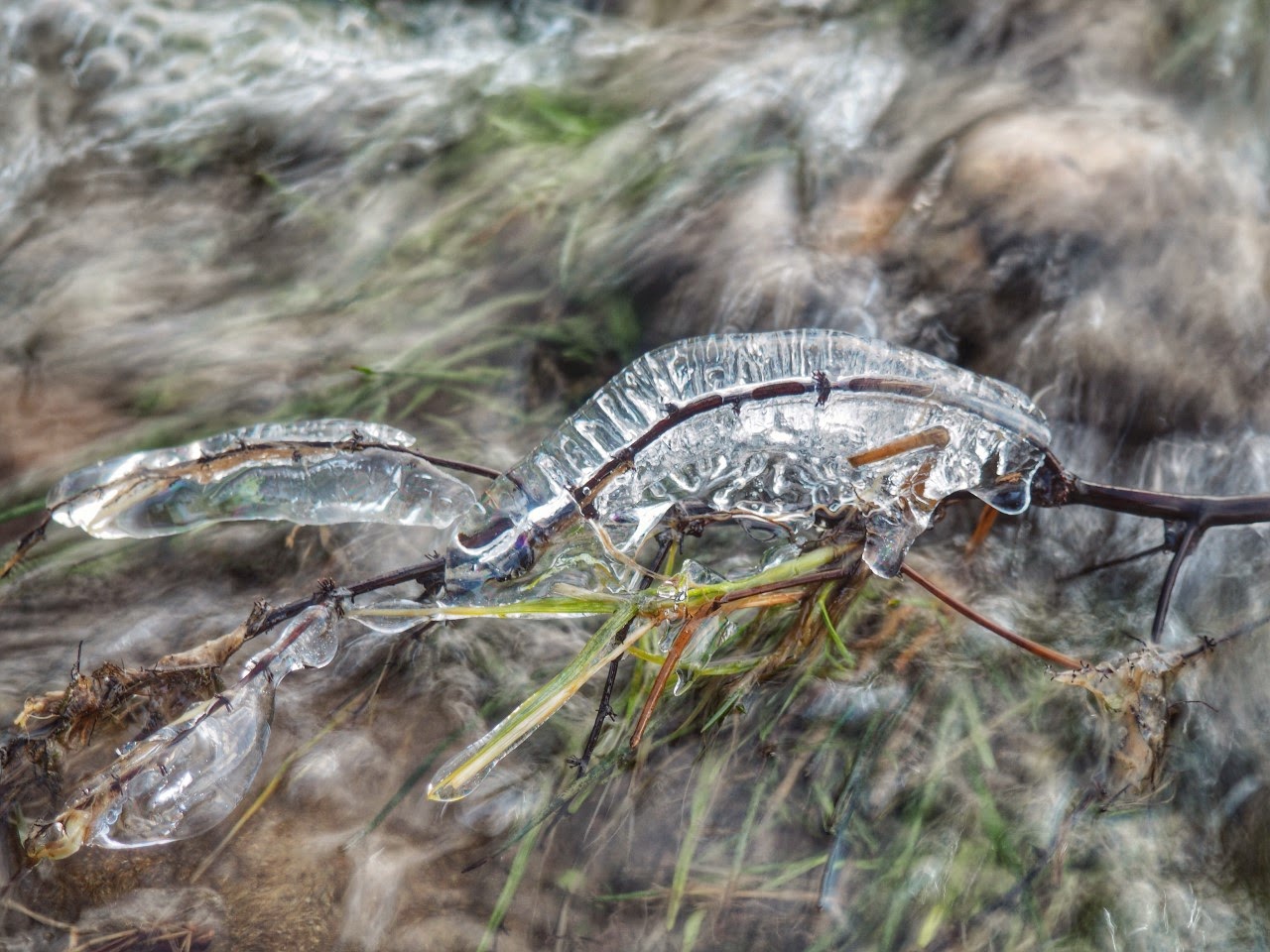 I concentrated my efforts in some streamy water and it didn't take long for the float to register the first Grayling of the day. One of my very favorite sights in fishing is that first glimpse of the grayling's lovely dorsal breaking the surface. 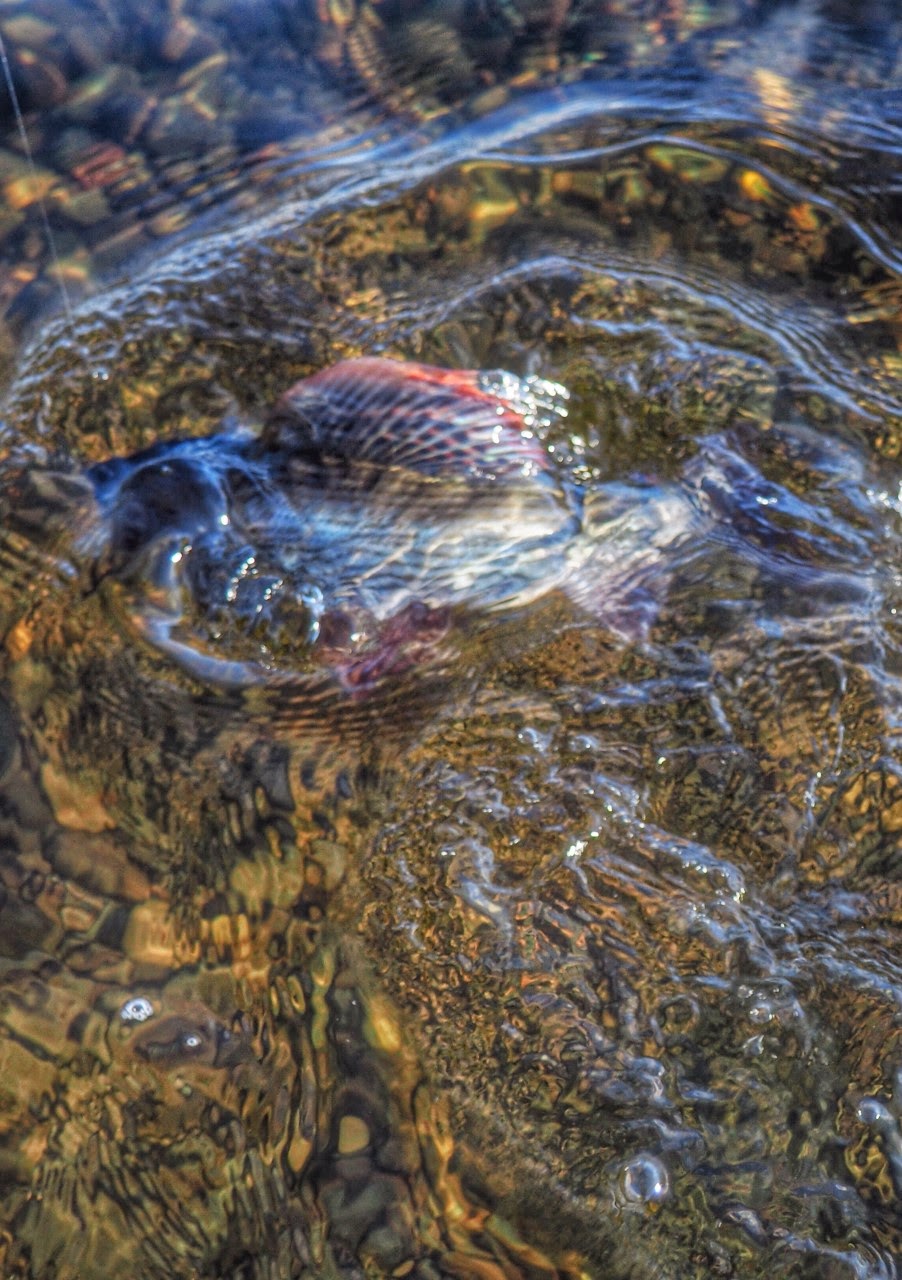 sport was quite good for a wee while with a good few grayling and the odd trout before it tailed of a bit in the afternoon. 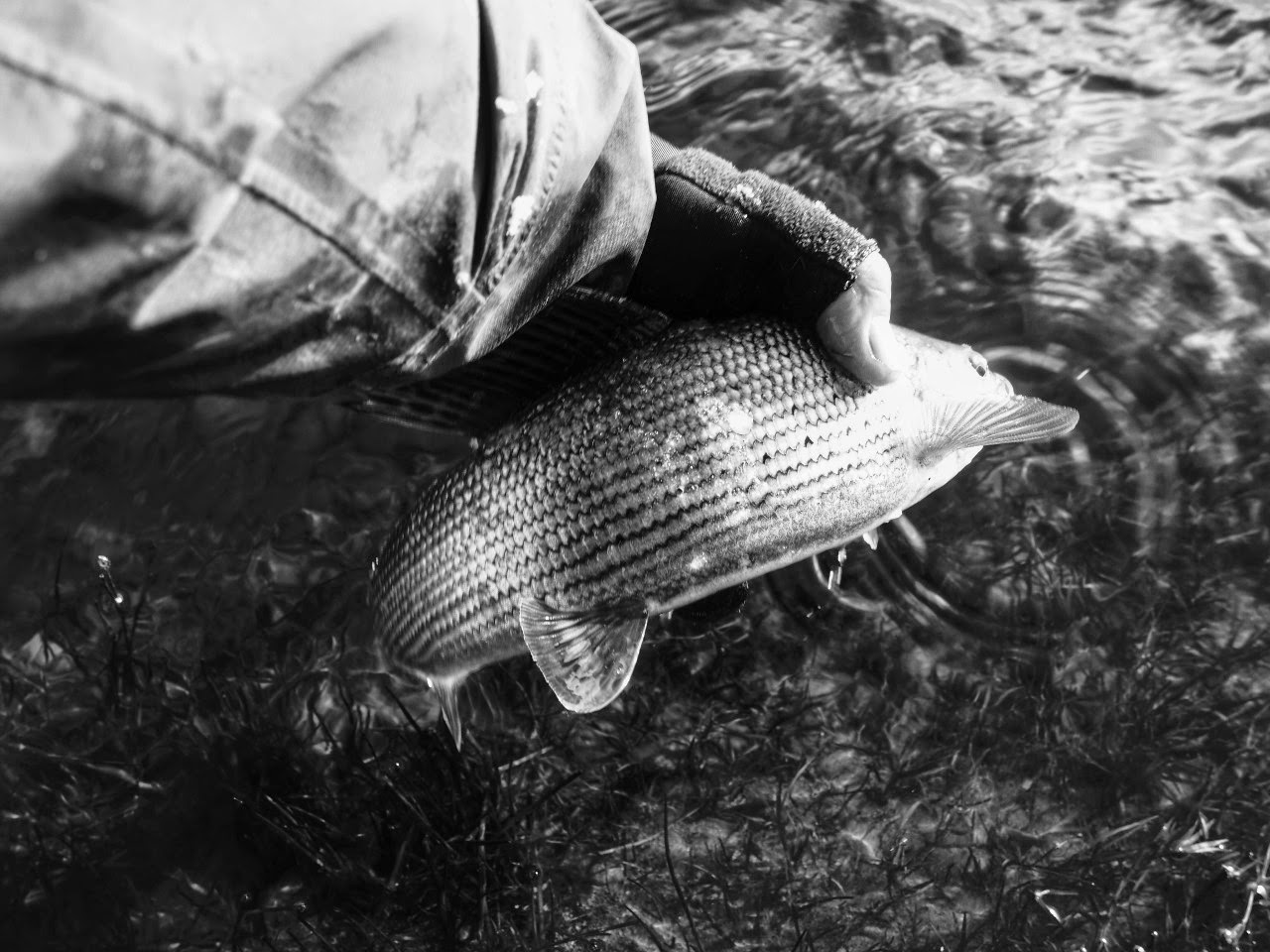 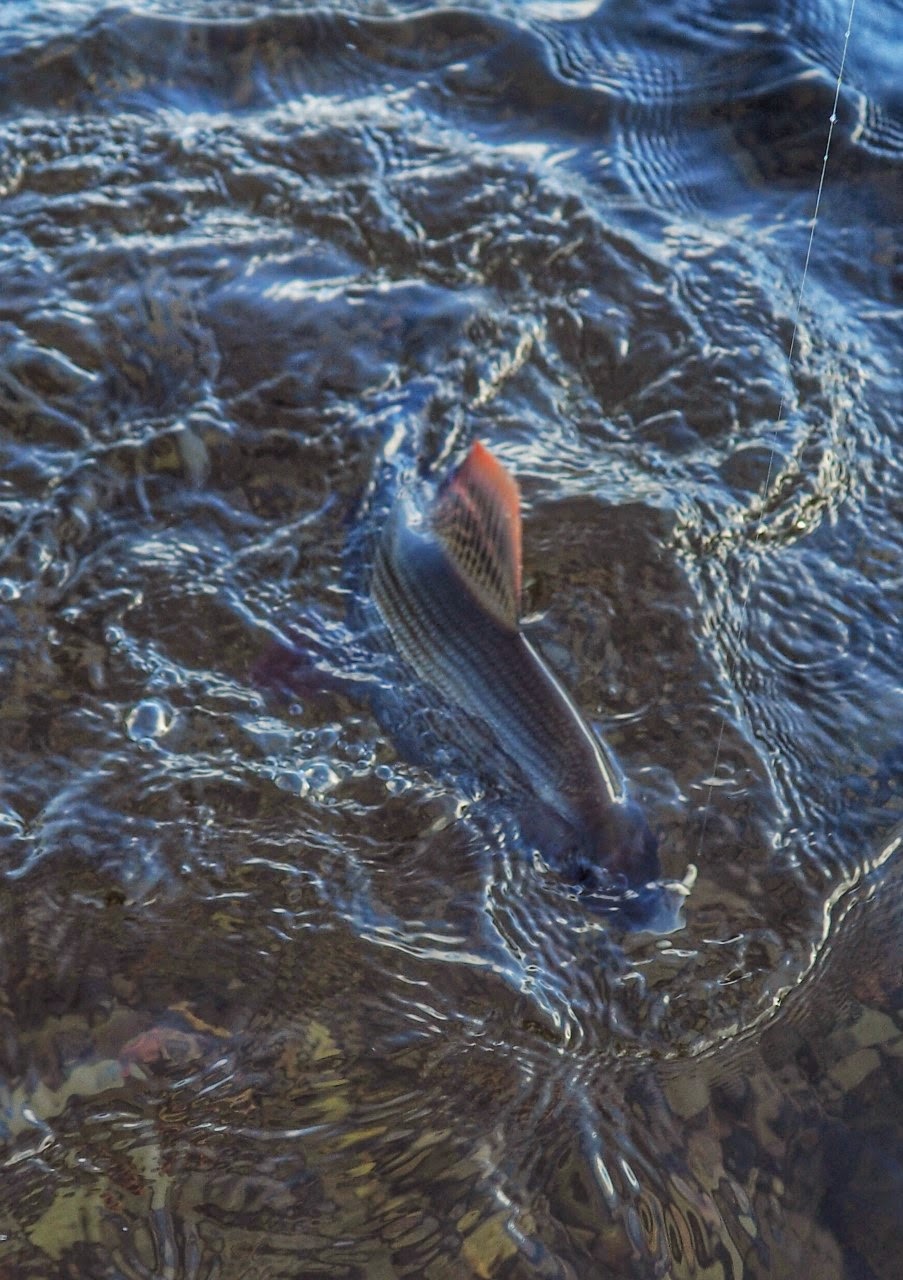 i ran into a few difficulties when i lost one of the wee screws  from the reel mount of  my centre pin, but i managed to cobble it together enough to keep me fishing, to be fair the reel gets a tough time of it, and considering it was only about £30 on ebay i think its been a brilliant buy. 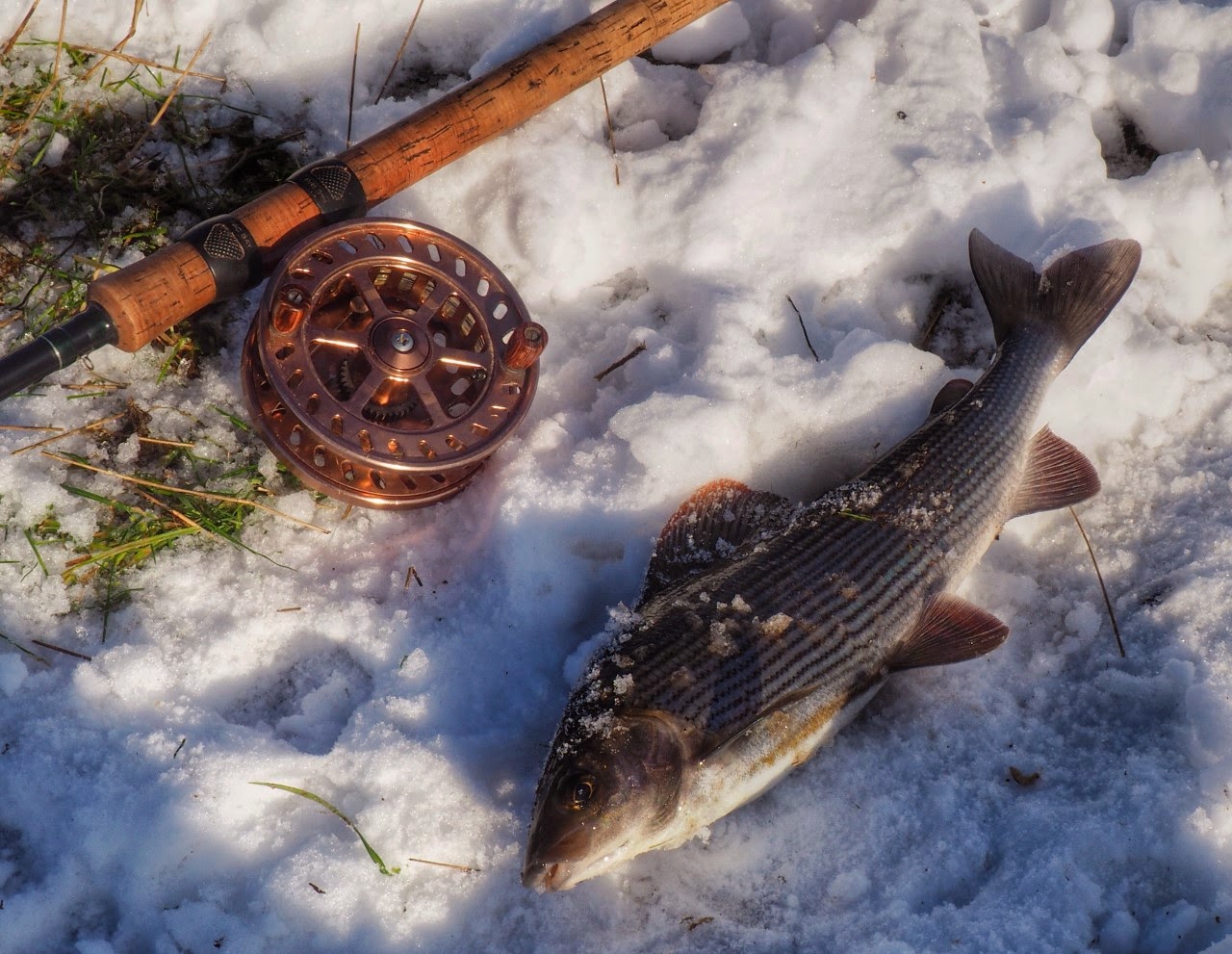 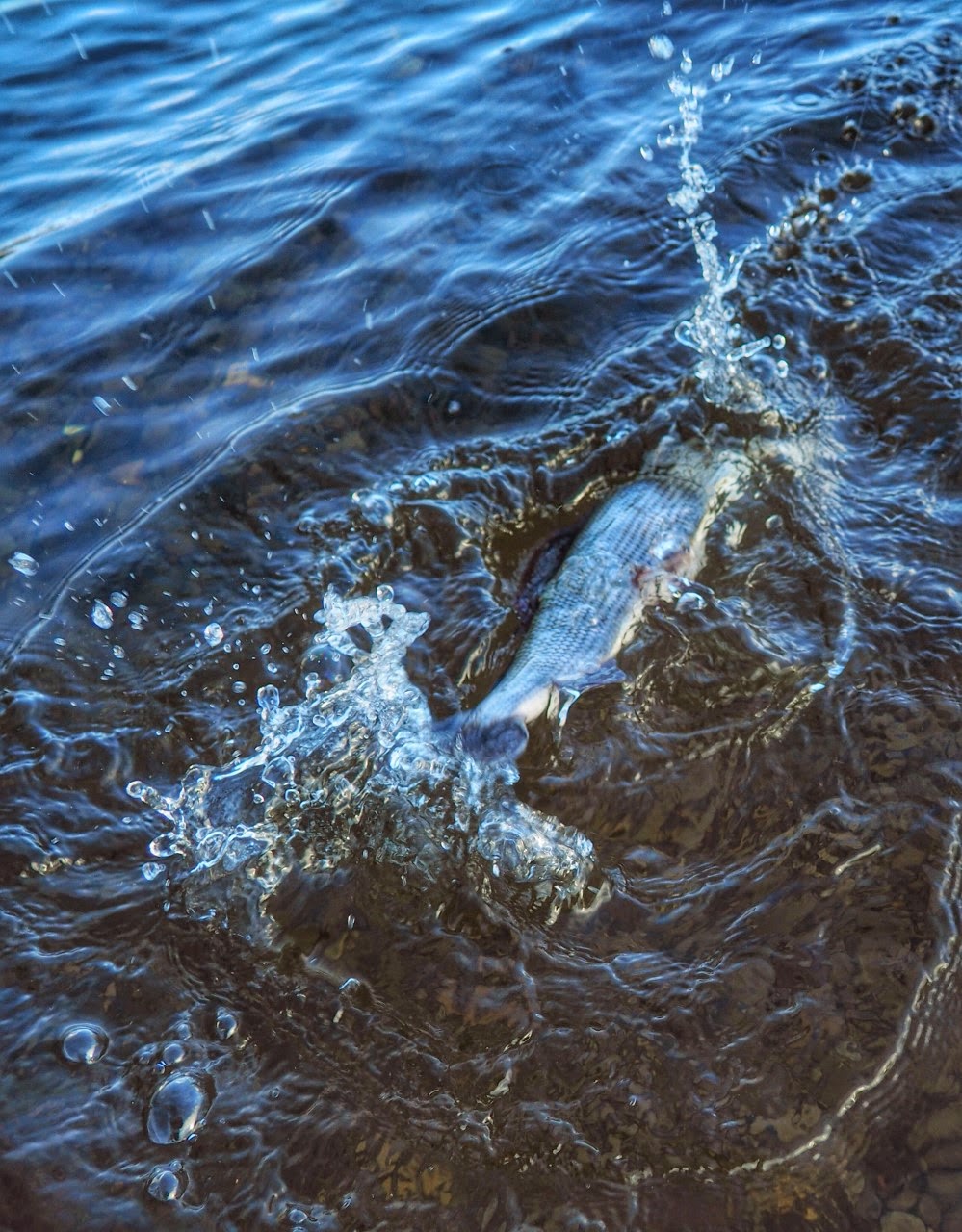 I'm hoping that there isn't a sudden thaw before next weekend as the river is at such a nice height just now, just have to wait and see. 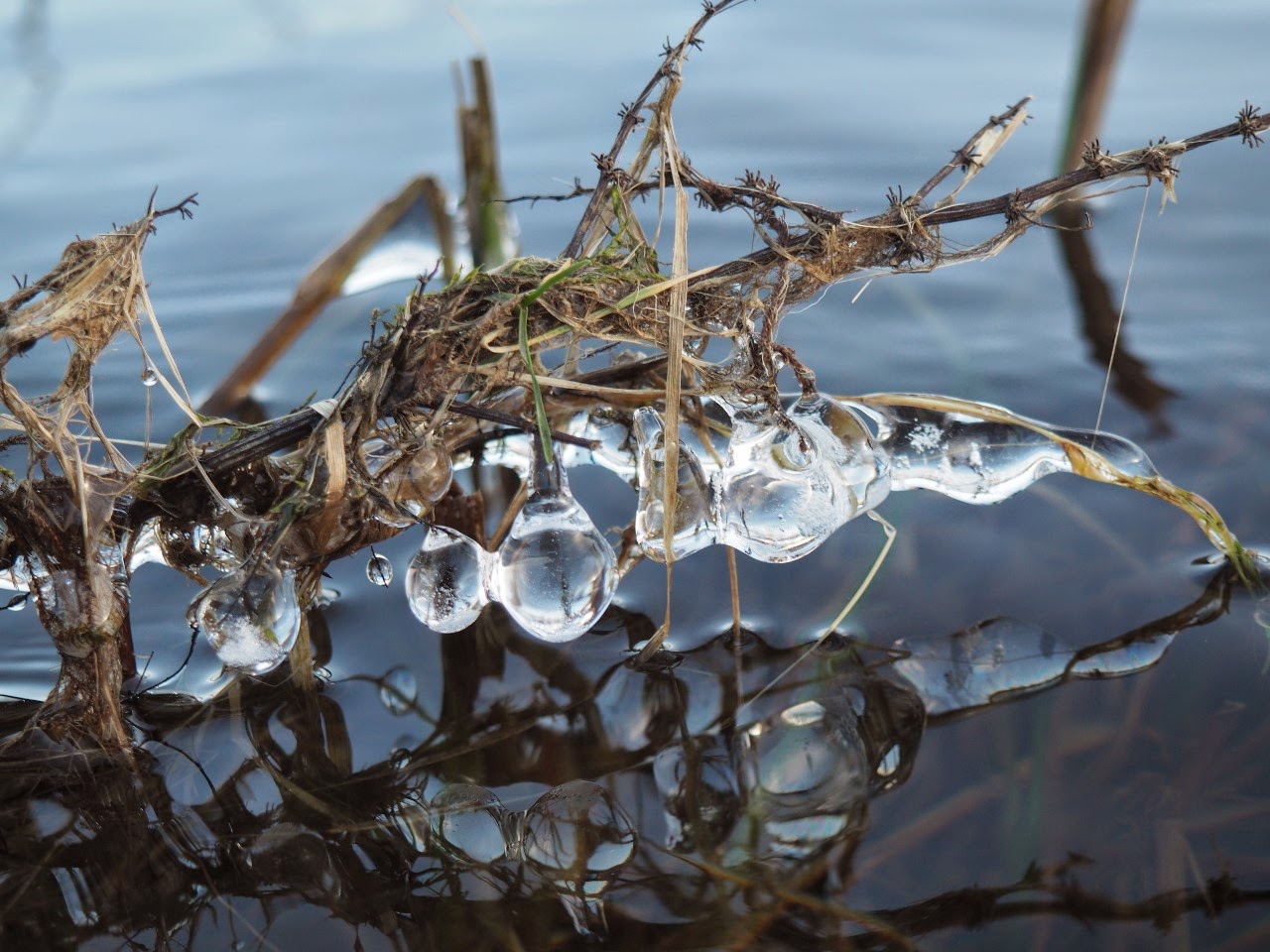