Pollocks and paracetamol at the Pinnacles


For our last day we were tempted to go back to the loch we fished on the Friday, but that would be predictable , so we went to a new mark on the north eastern side of the island known as the pinnacles.
On the way we stopped for plasters and paracetamol as Brian had a sorehead., the Skye version of the tour DE France made the journey a bit slower than usual we passed a few landmarks such as the old man of Storr. 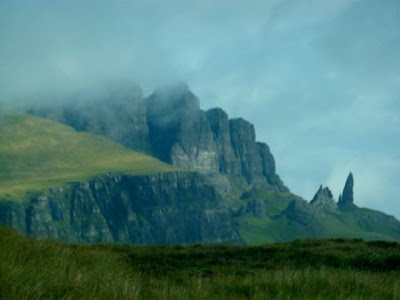 It was a lovely day the sea flat calm we arrived an hour after high tide , plan was to fish the tide down then back up again , with a bit lrf  during the middle part of the day just to mix it up and probably

more importantly give our arms a rest. 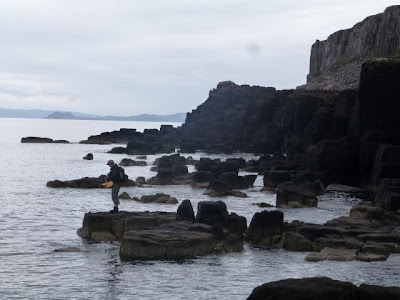 So we went looking for a decent rock with good depth to fish from, depth seems to be the key, a deep gulley fringed with kelp being ideal. brian spotted a rock which looked good so we went there.
He quickly took the first decent fish of the day on his lure rod he had taken a gulp Sand eel. 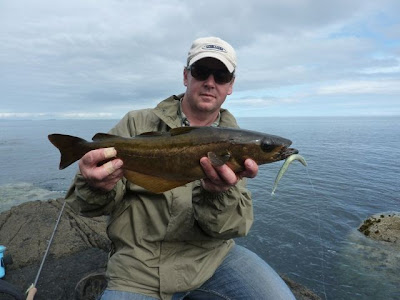 I stuck stubbornly with the fly rod , couldn't get a fish on a clousers so changed to a chartreuse and white deceiver dressed on a 1/0 hook , this seemed to be getting a response , the fishing was extremely visual with fish appearing behind my fly 20-30ft down following , sometimes they would take most times they would turn away at the last minute. Sometimes a take would be registered by watching the White fly only for it to disappear, then it was fish on. 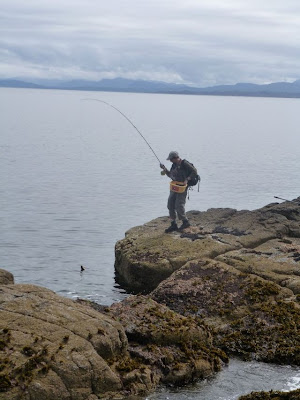 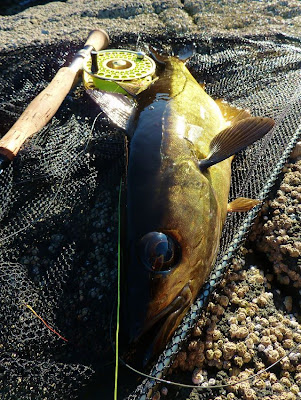 Others you could clearly make out the fish , and you would be willing for it to take, on one occasion a massive pollock followed my chartreuse and red clousers, only for it to turn its nose up last minute I could almost work out the unconvinced expression on his face as it slid away into the depths , which only left me punching the air in frustration and shouting obscenities in its general direction.

I now also had a sore head, perhaps too much sun? So I went for a walk , by the time I returned Brian announced he had just had his first lrf wrasse, he followed that up withe two more and a colourful long spined sea scorpion. 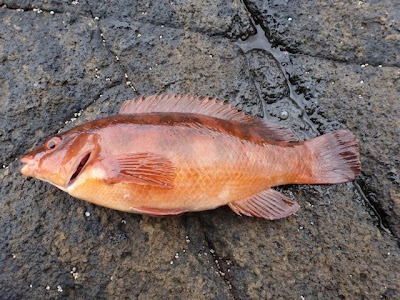 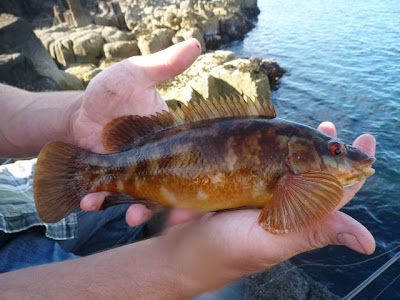 I managed a poor cod when I decided to have a break from the fly, then after trying unsuccessfully for a wrasse I decided to try for pollack on the soft plastics, when I got a few modest pollock.

A late return to the fly rods seen a few more pollack followed by a late appearance of some coal fish , speaking to another angler  it seemed we hadn't done to bad in the bright conditions as many had blanked even the boats struggled.

That concluded our fishing in skye as the following morning we headed for home. Another trip wiser we will be returning again next year for some more of the same.
Posted by Col at 15:32 No comments: