Piking in the Hills

The forecast wasn't great heavy showers max of 8 C as i planned a trip to some of my favourite pike lochs .Up at 6:30am  float tube stuff packed , 5 hours later i was at my destination setting up my fly rod. A reedy bay was my target,i worked my way round a weedy bay casting in wind and hail and around the reeds but after 45 minutes i drew a blank. 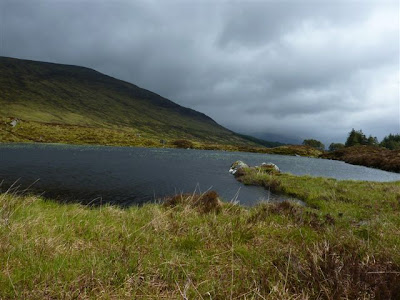 It was  then i decided to head down to a second lower lying loch , ditched the tubing stuff in the heather to pick up on my way back, the tube was a waste of time today ,really and added weight i could do without, next time i think i'll leave it and take some trout gear just incase the piking is poor as the trout fishing can be good. After a good 2hr hike i found myself at loch number 2. 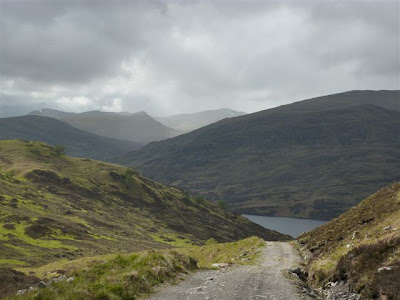 I could not beleive the ammount of water in it and with submerged trees , bog myrtle, and flowering gorse bushes i'm guessing it had only come up in the last few days. 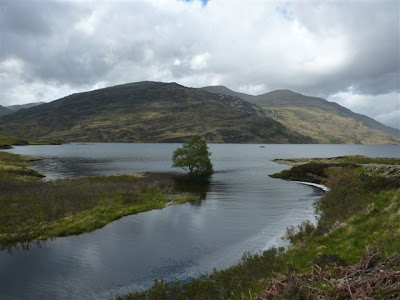 It's the river mouth i usually like, in the loch but the river didn't look right far too big. So i fished round the bays with  the grass edge limit being  4ft underwater in places ,   before plummeting into the abyss. I chose to put on a fly with a rattle to try and stir something from the depths . 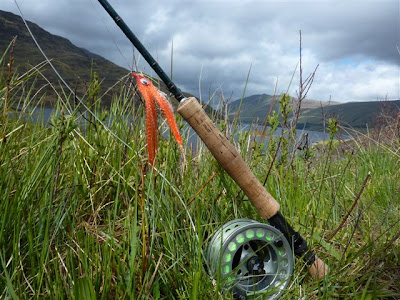 The closest i got to a pike all day was a follow to my feet by a low double which at the time was a great pick me up why he didnt take , well only she knows that, i just dont think they were in the mood. Nevermind , i'll be back! 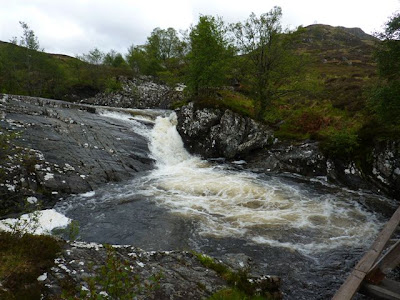