My midweek idea of going to a rather special loch up north for the first trip of the season didn't materialise ,i guess after another busy week at work i couldn't be bothered with the thought of an early start and a long drive, a more leisurely start to the day on one of the local rivers sounded a lot more appealing. Col was cool with this and the only decision left to make was which river, I fancied a session on Cols local and i think Col fancied a cast on my local river as it often throws up a big trout early season. As it turned out mother nature would have the final say and on friday we got some light but persistent rain, the first rain in weeks infact!, just in time for the first weekend of the season and enough to colour up both rivers and make them more or less unfishable.
Our plan B was to have a look at some of the burns in the area in the hope that they would be running a bit clearer.First we had a look at the burn i cut my teeth on as a boy, as soon as i set my eyes on it again i felt a strong urge to fish there again and rediscover all pools i used to fish regularily after school.But first we had a look at another burn a few miles up the road which contains some better than average trout , on arrival it was still running dirty and unfishable but in truth i was pleased when we found ourselves back on my boyhood burn! 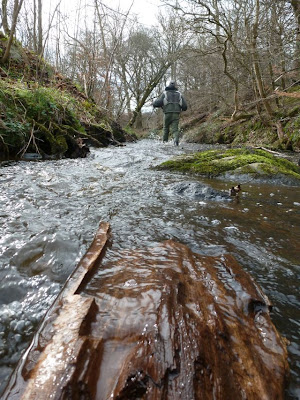 Rather than taking two rods we shared Cols wee 2 wt which was a joy to use and the perfect tool for  fishing the burn. It took us a while to get into our stride but once we discovered the trouts liking for a nymph with a wee bit of sparkle in the slightly coloured water we started to have some success  with the wee but beautifully marked trout. 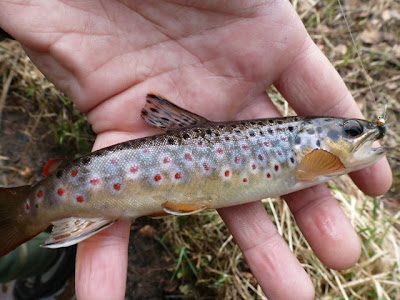 in some tricky spots a catapult cast was required and when this resulted in a fish it was a great feeling! 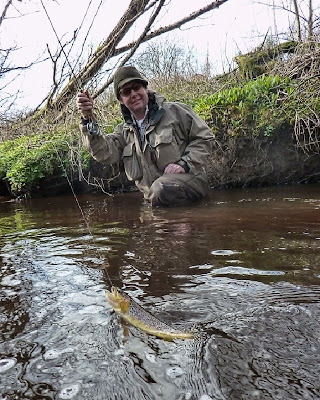 wee picked up a few fish here and there 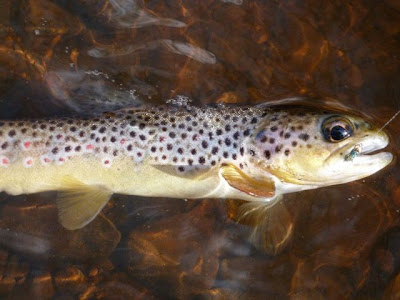 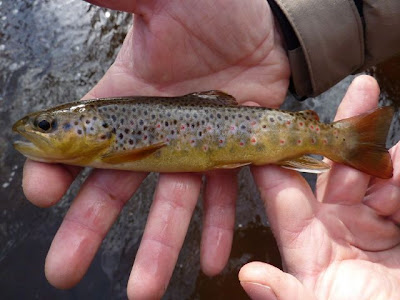 it was nice to rediscover such a gem of a burn, looking forward to next time. 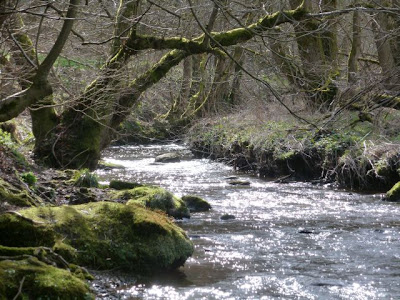 With a couple of hours to spare we took a short trip in the car to the third burn of the day, another  boyhood gem with deeper pools and a peaty tinge to the water.  Col hooked up in the first pool we fished 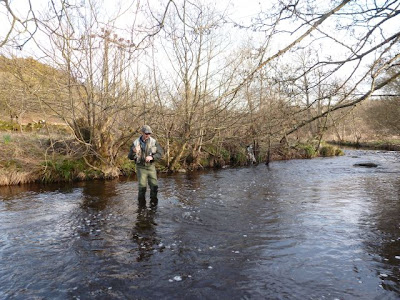 and a few more followed 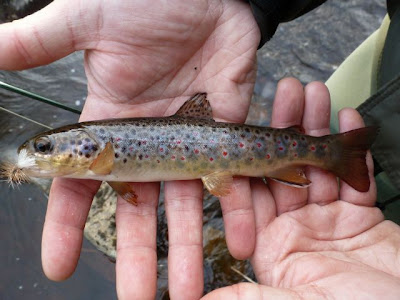 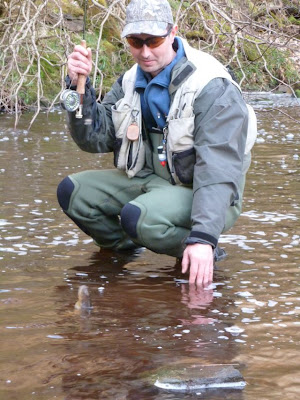 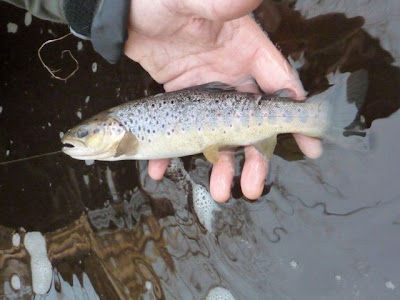 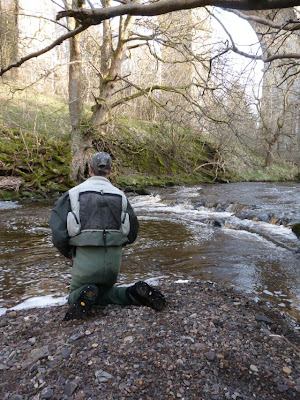