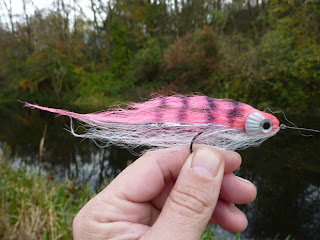 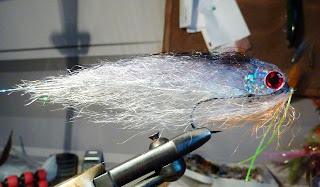 These are both tied with Kalekalon , jumbo braid, made as hair extensions. the one on the left is a roach imitation. 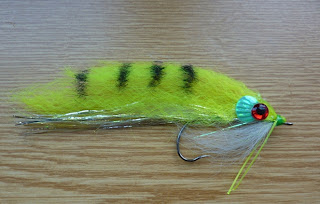 Hook: 4/0 weighted with a few turns of lead wire
Tail and beard: Arctic fox / cavalier tail
Tail: flash
Wing : flash  and crinkle fibre or Jumbo Braid or similar, good colours are anything reallly but Pink , chartreuse, lime , hot orange are my favourite.
fish gills : the se a re a optional extra and were not on the original they are shell sequins
Eyes: originally wobbly eyes , but this one has epoxy
This one has a weed guard as well 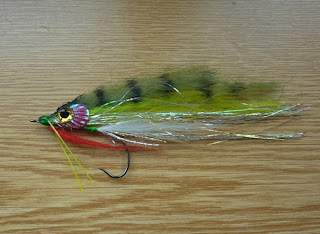 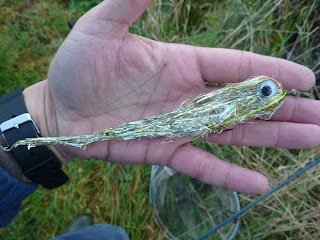 Hook : 4/0
Bulk collars: chennile or fritz
Tail wing: Flash
Eye : optional
This pattern has 2 collers of chennile or fritz shrouded with flash, the head has been epoxied to fit an eye but eyes are optional, easy to cast a great pike fly. 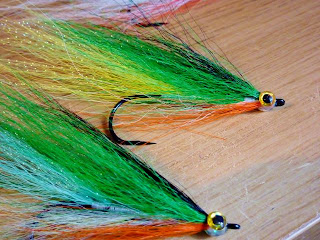 for a smaller option i like bucktail flies, simply differant coloured bucktail tied along the top and a few at the bottom of the hook. finished off with a collar , and some eyes.