Piking again,Myself and Brian  fished really hard all day, from 9:30am  till 5:30pm , Brian had had a few half hearted lunges at the fly at various parts of the day, but the last hour was the best.
Brian landed this chunky pike , and the pike bit back and gave him a whack on the nose, ouch !

Not much after that i hooked a pike, but dropped it immediately, then hooked up shortly after landing a long slender fish. 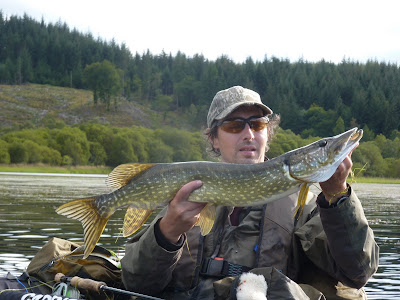 A hard days fishing  , physically as well as difficult,pike are moody creatures , looks like thy were starting to switch on in the early evening , but we were knackered a fish each was a fine reward for our efforts. 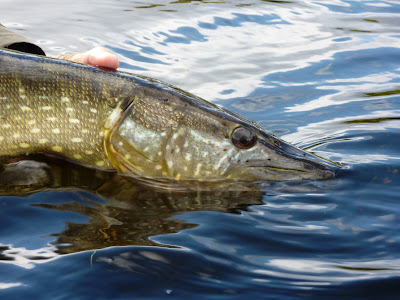