The winter past was mild, now as we head into spring the trees have been budding some things flowering, the daffodils have been out for weeks and the snow drops have passed there best, and..... the trout are rising!

Today was the first day of the new season , spoilt for choice i couldn't decide which river to do, but opted in the end for my local, which i knew had turned the corner into spring with the numbers of fish rising.

Had a few things to do first , walk the dog and pick up a parcel but i was on the river by 12pm. it was a cold start with some light mist and a light wind , which was strong enough to be troublesome at times  casting a dry fly upstream. While waiting on a hatch or rise to materialise, i fished a couple of runs  with the nymphs unsuccessfully, then stumbled across a few risers in the  tail of a pool. 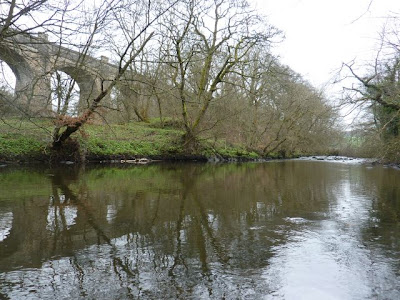 they liked the look of my olive flexi- klink. 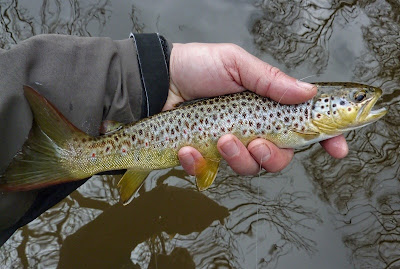 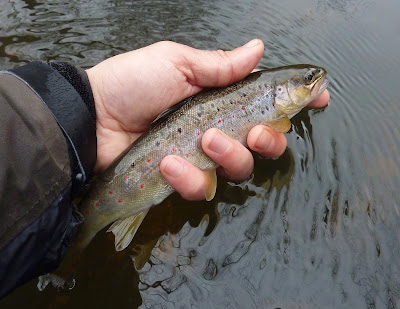 despite the mild winter, many fish are still coming into condition. It was now 12:30  , things were starting to happen
with the odd olive Dun coming off,  though it was apparent  the fish had eyes for the emergers, i moved upstream as quick as i could to take out what was rising , missed a few , lost a few , but also caught my share. 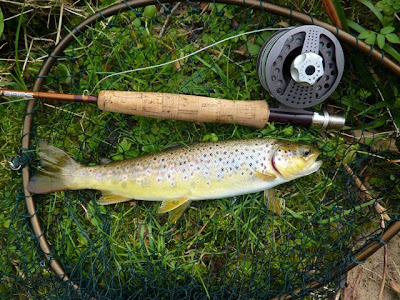 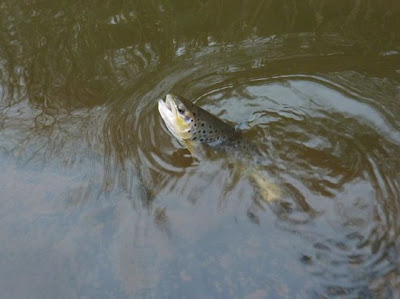 One memorable fish was one that refused again and again my biot klink, a wee change of fly to a  TB deerhair emerger did the trick. 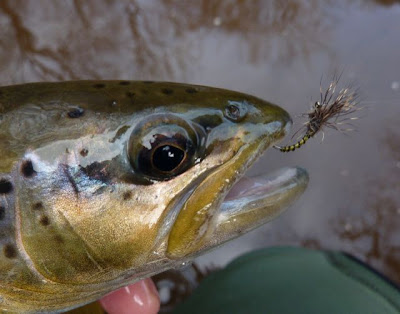 No monsters but good to get back in the groove, i packed in at 4:30pm fairly tired but contented.
Posted by Col at 19:49 5 comments: