Another couple of weeks on since our last visit to this lovely stream, we were full of optimism that there might be a trout or two on the fin this time around, after picking up our permits we walked down to the bottom of the stretch and waited for a hatch to get underway hopefully! 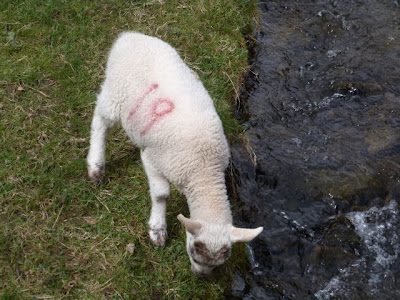 a few olives were sailing down and the odd march brown too but we only saw a once riser in the pool so time for a move upstream to try and find a steady rising fish. We split up for a while and met up again at the top of the beat to compare notes, pretty grim I'm afraid, Col had seen another once riser and I had spent most of my time chatting to another angler but hadn't seen anything when I was paying attention!  by now it was close to 3pm so we parted company again, Col headed back downstream and I continued on upstream on to the association water.


not even a flower to take a picture of
﻿ 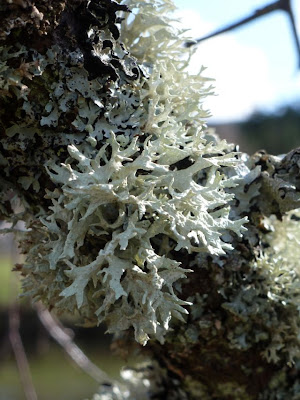 I was hoping to take a look at one of my favourite pools further up but as I got closer I spotted another angler in the distance, oh well another blank I thought as I trudged back downstream towards the car dejected,  It was then when walking past a nice slow pool that I saw a riser at last on the near bank, I positioned myself downstream of him and another fish rose on the far bank, I put on a shuck cdc and made my first cast of the day in the general direction of the far bank trout! much to my surprise he took and despite me being about half an hour to late on the strike I found myself connected to a good trout at last. 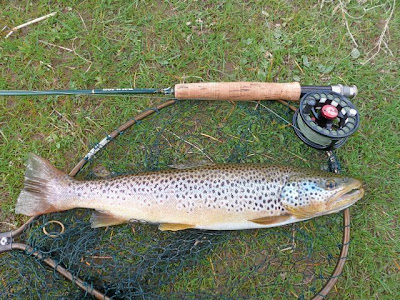 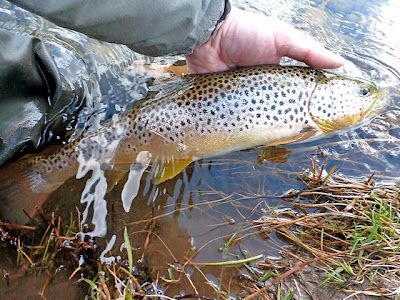 I joined up with Col again who hadn't seen anything to go for since I last saw him.Rather than throwing in the towel just yet I suggested that we go up and see if the other fish that I saw rise might be on the fin again since the pool had time to settle down. Sure enough there was a couple of intermittent  risers on the go, they never seemed to stay put either making them very difficult to cover 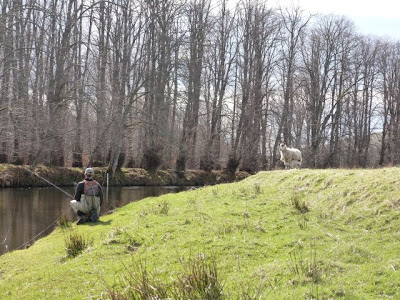 it seemed though that his chance had gone, so a switch from the cdc to a klink/nymph duo as a last resort and on que a fish rose on the far bank, slightly downstream from his position, from my vantage point I could see his klink drift down and disappear and col struck into a good fish on the nymph. 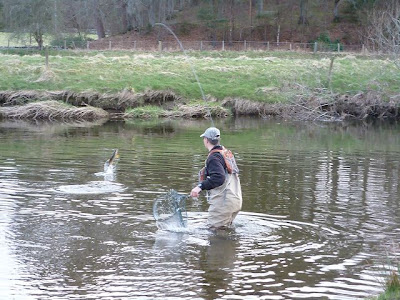 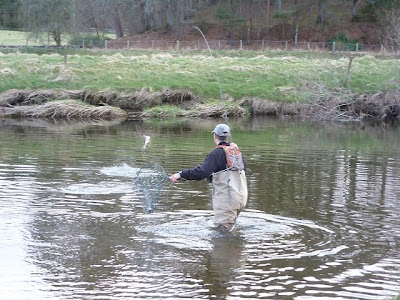 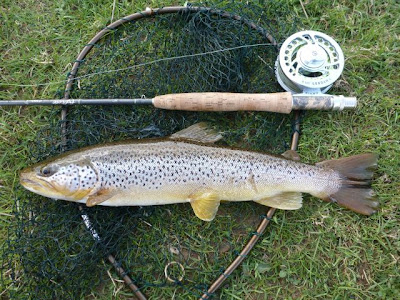 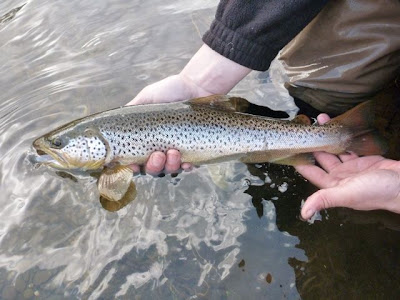 a hard days fishing on a river that is never easy at the best of times, driving home tonight along a daffodil fringed road we both knew we had been through the doors of the last chance saloon today. 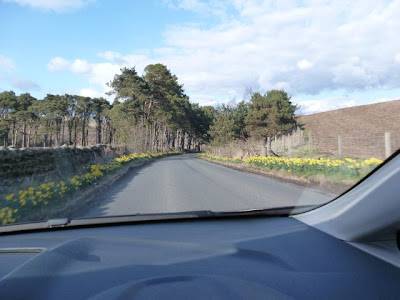