Back on Familiar Territory

I met Brian at 12:15 pm on the bridge, we tackled up , a sunny day once again and the clarity of the water was good which is not surprising with the lack of rain, we  blethered mostly about the previous day and lessons learned, while we waited for the hatch, we then had a small burst of olives at 1pm, but a false alarm we sat a bit longer the decided to pick our way up fishing NZ style up the pool. all of a sudden at 1:45 the olives came down and  a few of these march browns . 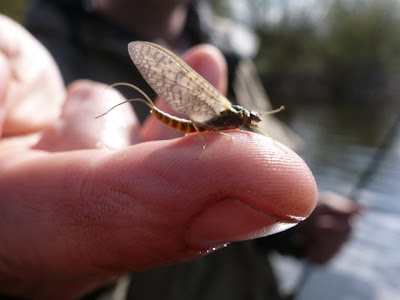 In the next wee pool  a fish rose at the top. Faced with a downstream wind i decided to take a couple of feet off my tapered leader and with that presentation was much improved . A few casts later i was in with a great take as the fish took the nymph almost as soon as it hit the water. 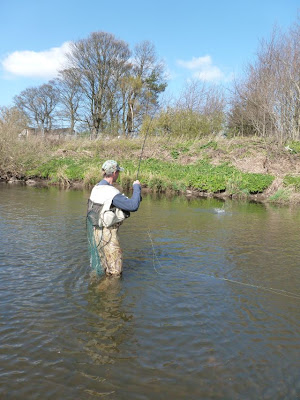 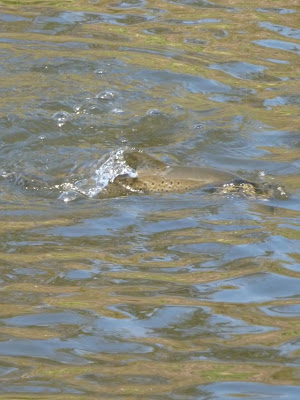 A fish of a round a pound. 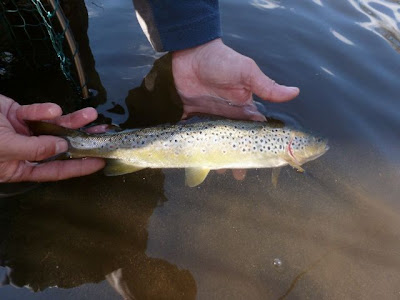 in the next pool we also had rising fish , and brian took the first on the dry. 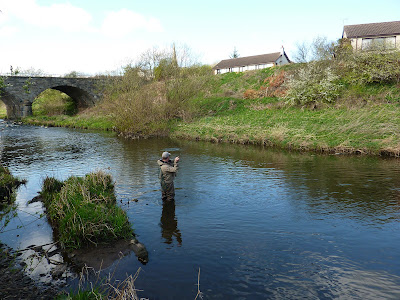 i then pricked 2 , then Brian landed another about a pound which gave a great account of it's self . 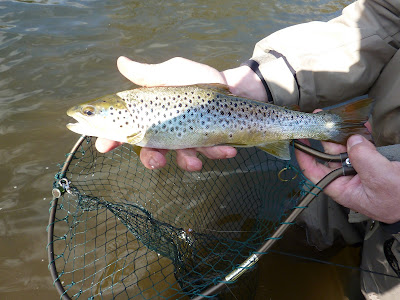 A few riseless pools later we did find a few more fish rising again i was on my long distance release which i'm becoming a expert at. after that Brian headed home as the water had gone dead while i tried a little further upstream , but nothing seemed to be in the mood. It was good while it lasted!

A Yellow warning for potential Snow has been issued  for Tuesday, it's hard to beleive after this spell of hot weather!
Posted by Col at 20:23 No comments: