Before i started fly fishing for pike most pike flies i saw  were tied with buck tail, then the synthetics such as supreme hair , ep fibres etc kind of seen buck tail as old hat . I recently received a few buck tails variety of colours so thought I'd give them a bash . This is what i came up with tied on a 4/0 hook. 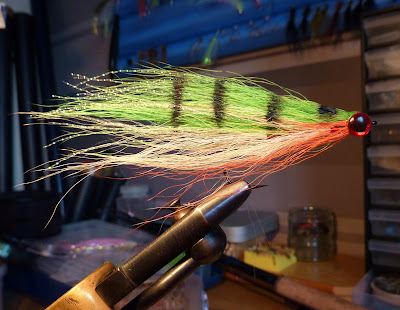 This weeks been really mild, for the time of year, so mild that yesterday afternoon whilst having a stroll by the river i saw a few trout rising to a smattering of olives, the trout season though is still to get underway! Back to chilly weather tomorrow   even possibly with snow, with this in mind i was keen to get a cast in today so this morning a 9am i slung a few flies , including the buck tail in a pack, along with all the other gear and by 9:30 i was casting out a flash fly on the canal. What a pleasant day overcast, but nice ! 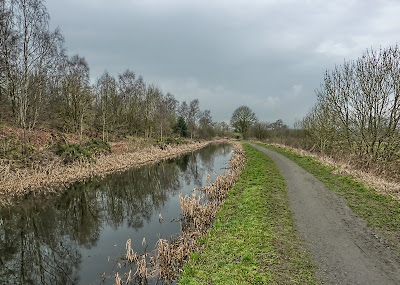 The pike were very much in the mood, a wee count down on the intermediate line to 15 then a slow jerky retrieve saw 4 jacks succumb to the charms of the flash fly a few more close calls. 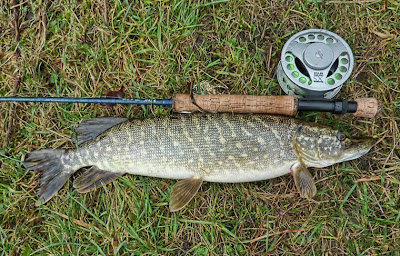 After flogging the water i decided to move to another spot, which has recently been good . But despite my best efforts with the flash fly followed by a Fire Tiger Bait fish, i couldn't get a take. So i returned to the basin . Cast a bigger flash fly but that didn't work, i then remembered how much success Brian has been having with his Clousers recently, so decided to look one out , that's when the buck tail caught  my eye. 3 casts and a jack and then a few more casts and another. I think I'll tie a few more up ,especially in roach colourations,  it seems these pike become wary of a pattern after a while but a complete pattern change seems to generate fresh interest. 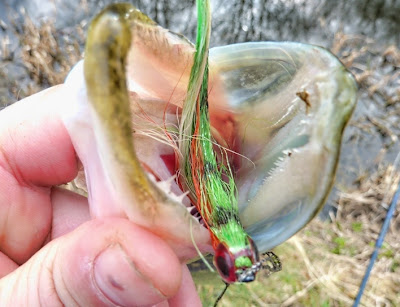 Happy with my morning fishing it was home for some beans , bacon and eggs on toast.
Posted by Col at 16:58 6 comments: